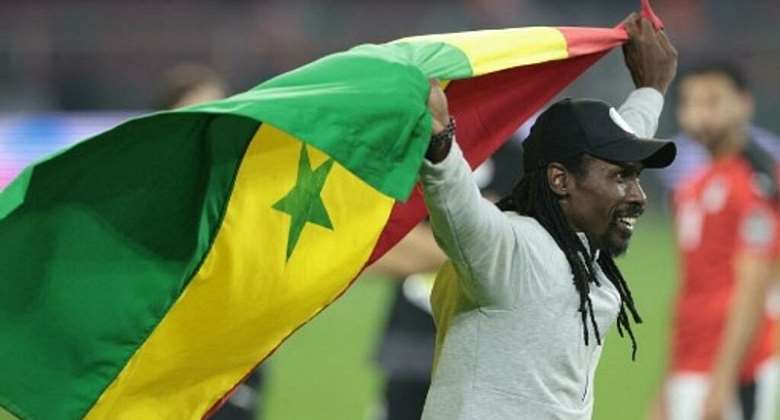 Egyptian football chiefs on Wednesday lodged a formal complaint with the organisers of their 2022 World Cup qualifying match against Senegal during which star striker Mo Salah was allegedly subjected to racial abuse.

The Egyptian Football Association said in its complaint to Fifa that missiles were hurled at their players during their warm-up as abusive banners were unfurled in the stands.

It said the Egyptian team bus was attacked during its journey to the stadium resulting in broken windows and some injuries.

The complaint came after unsporting scenes of lasers being shone in the faces of Egyptian players just as they prepared to take their penalties at the end of extra-time.

Kicks
Salah sent his penalty over the crossbar after Senegal skipper Kalidou Koulibaly had missed his kick.

Saliou Ciss and Zizo also botched their shots before Ismaila Sarr scored for the home side and Amr Al Sulaya levelled for the visitors.

That gave Sadio Mané the chance to wrap up proceedings and the Liverpool striker blasted his penalty past the Egypt goalkeeper Mohamed El Shenawi to unleash scenes of joy among the 50,000 spectators.

On Wednesday, Egypt boss Carlos Queiroz took to social media to pay tribute to the players and staff.

Egypt had been trying to reach back-to-back World Cups for the first time. Instead Senegal achieve the feat.

In 2018 in Russia, they missed out on the knockout stages after finishing Group C with the same record as Japan but they were eliminated on the fair play rule after picking up two more bookings than the Japanese.

"It's not the first time we've played this kind of match," said Senegal coach Aliou Cissé after the penalty shoot-out.

Experience
"We know how to handle them and when you look at the starting line-up, it's practically all experienced players. It's not a coincidence because in these big matches, you can't put young players in."

Ahmed Touba struck in the 118th minute to give Algeria a 2-1 aggregate lead but with virtually the last kick of the game, the Lyon striker swept the ball home (to send his side through on the away the goals rule after the game finished 2-2 on aggregate.

Ghana, who overcame Nigeria via the same system, join Cameroon, Senegal, Tunisia and Morocco from Africa in Friday's draw for the 2022 tournament in Qatar.