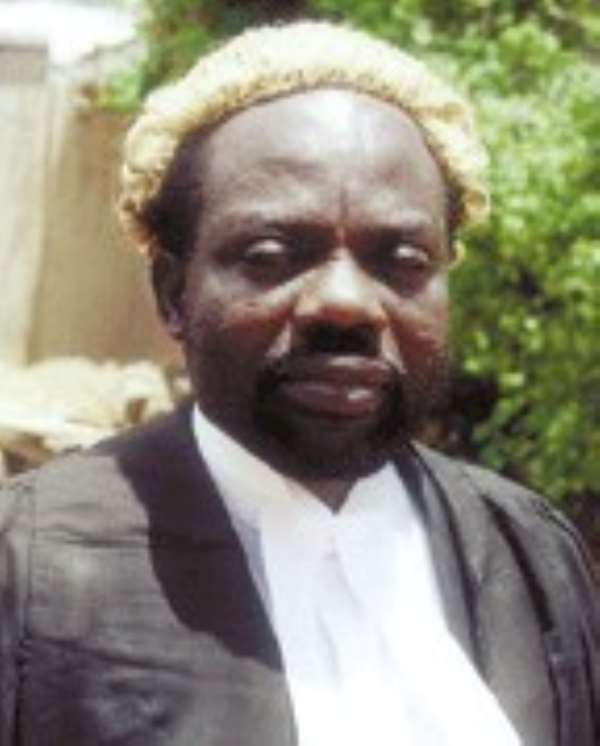 It so sad that Ghana Bar Association (GBA) one of Ghana's vocal civil society organisation is so silient about human rights abuses in the country. It took the former president's coments to have the GBA speak out against the killing of one Ghana's prominient Chiefs in the country.

On the Ya-Na, issue the political involvement of the current government was just obvious. We are witnesses to what happened during the judicial enquiry. The whole process was jeopodise by the government, espercially the Attorney General and Minister of Justice in his quest to influence the outcome of the investigation.

It is therefore that suprising that almost three years after the guesome killing of Yaanaa and many others, not a simply person was brought as if the murder was just an acident. One would thought the GBA as key penchants of human rights in Ghana would take this issue seriouly and bring some pressure to bear on government, however the GBA was so silient on the issue.

The claim by the GBA president that they could not do anything about the murder of the Ya-Na and others is faudamentally falacious. The former, like any other many Ghanaians, is aware that GBA is not Attorny General office and therefore could not charge people on criminal matters. But the concerns of the former president, and in fact many well meaning Ghanaians is why the GBA has been overly silient about a big human rights issue such the murder yaanaa and many others. One would expected any reputable human rights group to voice out their concerns. Not only this, but there were many other issues that went to very root of independence of judiciary in Ghana and which the GBA simply igonored and even defended.

A typical example was the decision by the President to appoint new supreme judges just to over turn an earlier obtained by Tsatsu Tsikata. By doing so the President had not only undermine the independence of the judiciary, but also politicised the whole judiciary process. Yet the Bar Association was silient on this issue. Suffice to say that if all these had happened in the previous administration the bar would have been more vocal than ever. GBA please wake up and stop playing games and politics with justice and human rights. Views expressed by the author(s) do not necessarily reflect those of GhanaHomePage.