"The greatest night in the history of television": Will Smith hits MC Chris Rock on Stage? 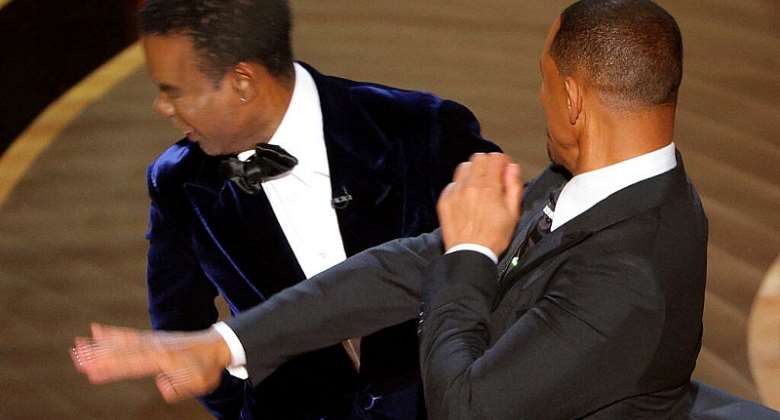 Frankly speaking, I'm trying to get my head around this. Or I should false out a smile as it could end up as a comic relief? Did it just happen? Will Smith slapping Chris Rock because of a joke the comedian made about the former's wife Jada Pinkett Smith as he co-hosted the awards night? Do we blacks so hate our own kind or what? Or this is a stunt, a stage management choreographed for a big blockbuster yet to be unveiled?

A thousand and one questions begging for answers.

I've seen the movie _"King Richard"_ that won Will Smith the Best Actor category at this year's Academy Awards (Oscars) three days ago. It's a documentary film that tells the story of two legendary Tennis superstars Venus and Serena Williams. Will Smith played a black father King Richard who with his wife raised five black girls they went all out to protect them from ending up in the street as it's in synonymous with many a black teenagers in the United States. King Richard (Will Smith) in the movie suffered in silence abuses from the youth that followed his daughter, Tunde, and that of a neighbour who reported the family to police alleging the Williams family is abusing their kids. He seldom sought revenge. He taught his children to stay away from trouble, learning his ways so they can reach they can focus on their goals and achieve their dreams.

He protected them from managers that wanted to sign them only for their profit, and in the end may make drug users in his kids with much demand and stress as there were examples of what fate befell same talented rising tennis stars.

He personally picked the racket and trained the two young girls in an unfamiliar tennis hub to reach America's and the world's best tennis courts.

Venus Williams became a tennis superstar winning a few grandslams. Serena Williams became the greatest of all, and she'll be studied and learnt from as she'd always aspired to, encouraged by supporting father and mother. She won grandslams in double digits.

Tunde, the studious one who was followed by boys to satisfy their lust remained chaste and focused on her books, ending up delivering the valedictory speech at her graduation.

The other two girls didn't have more to be told about in the movie, safe to say their good parenting by two disciplinarian black parents will assure them a brighter future.

The father King Richard Williams' pacifist philosophy worked perfectly for his children, worthy of emulation by all parents across space and time.

So, is it a hatred for Chris Rock or simply it was disrespectfulness, or the stunt thing which saw Will Smith ironically contradicting the character King Richard tonight?

Anyway, Will Smith is to be congratulated for winning the Best Actor for 2022 Oscars.

As he pleaded in his acceptance speech for our love, we'll love him and hope to change his temperament, more so when he deals with his fellow black man.

Or else he'll play into the stereotype that we blacks are temperamental, and easily provoked.