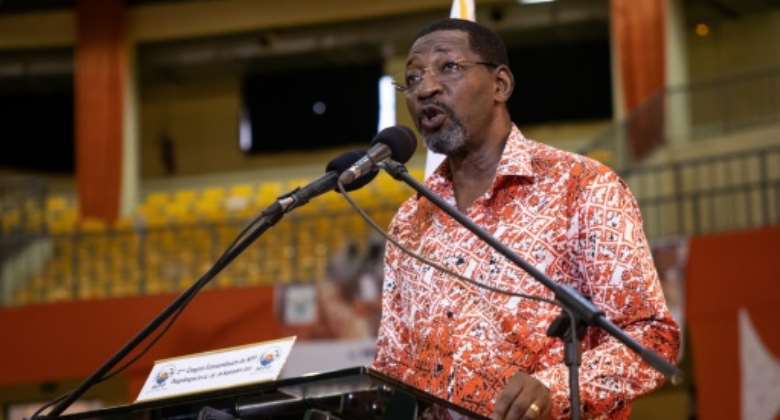 The leader of the former ruling party in Burkina Faso was arrested on Sunday after criticising the conditions ex-president Roch Marc Christian Kabore is being held under by the ruling junta, his lawyers said.

Police arrested Alassane Bala Sakande at his home early Sunday morning and brought him to the Paspanga police base near the centre of the capital Ouagadougou, lawyers Antoinette Ouedraogo and Dieudonne Willy said in a statement.

"He stands reproached for remarks he made at the news conference of his party, the People's Movement for Progress (MPP) held on 24 March," they said.

At that event Sakande called for the immediate release of the former president who was deposed by a coup d'etat in January and has been held under house arrest.

"For us this is not a house arrest... He is only allowed one hour with his children, he cannot make a telephone call, accept the visits he wants. President Kabore is in detention," Sakande said then.

According to Sakande's lawyer their client, who was president of the National Assembly before the coup, was interviewed in their presence on Sunday but was still being held by police in the evening.

Prior to his removal from office, Kabore had faced a wave of anger over a jihadist insurgency that has ravaged the impoverished West African country.

The United Nations, African Union and the Economic Community of West African States (ECOWAS), have all called for Kabore to be set free.