The West’s chicken are coming home to roost 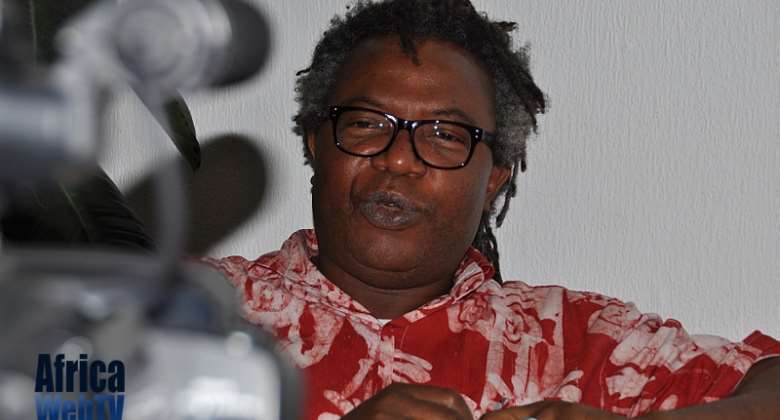 Almost all the world’s great religions admonished: You reap what you sow.

The Collective West has wrecked so much untold hardships and visited unmitigated violence on the world, that those of us in the Global South can only watch with glee as V. Putin took on the West and rub its face in the mud. We can only applaud as we see the normally haughty and arrogant west reduced to whimpering like a pathetic chihuahua!

Putin’s unmatched Kinzhal, Zircon and Iskander missiles and S-400 ADS make sure that the West can only cowered in awe!

Thank you very much, Vladmir Putin!

Just consider this: On 1 March 2011, the UNSC adopted Resolution 1973 that established a No-Fly Zone over Libya. NATO, buoyed by an insane triumphalists’ arrogance, wasted no time in abusing the resolution, which was designed to protect civilians from aerial bombing, to devastate the State of Libya and bombed it into Stone Age.

Three years after the carnage, I wrote an article for the New African magazine in which I reflected on NATO’s unprovoked carnage in the North African country.

“On July 28, 2014, the mouthpiece of British imperialism, the BBC, assembled some Talkheads to discuss the tragic situation in Libya.

According to these ‘experts,’ Western intervention has not worked. They agreed that the country is now a FAILED State.

Was the naked colonial project designed to work in the first place? Was Vietnam invaded to build stability? Or were Afghanistan and Iraq bombed to establish functioning democracies?

Do we really need experts to tell us that the war rackets, the West continue to pursue around the world, was designed for any other purpose than to boost the interests of the Western Military-Industrial Complex?

Former US Marine General, Butler Smedley, wrote “War is a Racket,” which is guaranteed to cure anyone that still harbor illusions about the real reasons the West keep aggression the world with wars.

Do the hacks at the BBC really needed so-called experts to know that assassinating the head of state in the mish-mash of tribes cobbled together to form Libya will never guarantee peace?

It was the Great Africanist and Historian, Dr. John Henrik Clarke, who said that the desire of every European, whatever his pretension, is world domination, and that whatever Europeans design or develop is to aid their domination.

Until Western vultures descend and bombed the country back into the Stone Age (their favourite parlance), Libya was a relatively stable country with standards of living many Europeans will die to have.

Gadhafi had his bad spots, but he guaranteed his people the best living standard in Africa. The evidence is in the large number of Africans that trooped to Gadhafi-ruled Libya.

The story why Sarkozy decided to kill Colonel Muammar Gadhafi will one day be told, but let no one pull wool over our eyes, and pretend that it had anything to do with the promotion of Human Rights or Democracy. A claim that becomes hollow when one see the deafening silence of the West, in the ongoing slaughter of Palestinians by Israeli forces, using Western-supplied weapons.

Listening to the BBC and other Western media, one will not see any context at the ongoing tragedy in Libya.

No mention is ever made of the type of society the country was before NATO abused a UN resolution to launch its aggression and destroyed the country.

There is no mention is made of the fact that a US Secretary of State, Hilary Clinton, flew to Tripoli on October 19, 2011, and, effectively, gave the order for the killing of Gadhafi. Speaking to students at the University of Tripoli, Clinton said: “The most important thing to do right now is to make sure that Gaddafi and his regime are finally prevented from disrupting the new Libya… But we hope he can be captured or killed soon, so you don’t have to fear him any longer.”

Secretary Clinton was speaking about a sitting head of an African state. No one questioned the source of her legitimacy to so callously, and so flippantly give the order to execute a de jureand de facto ruler of a sovereign African state.

A day after Clinton’s order, Ghadafi was captured and killed at his hideout near his hometown of Sirte.

Mevrouw Clinton gloated like a demented hyena: “We came, we saw, he died.”

British media told us that French intelligence killed him to stop from spilling the nasties on then French President Sarkozy.

All of these facts are being glossed over by the BBC and other Western media as they attempt to rewrite history.

Today, a nabob of Islamic partisans have sundered Libya into partisan fiefdoms, where the center has become a huge joke.

In Today’s Libya, life is short and brutish, with citizens now fleeing as refugees – an unheard for during the rule of the man the West morphed into an Ogre.

African culture enjoins us not to rejoice at other people’s calamity, but it galls greatly that Libyans refused to be guided by the lessons of history. They allowed duplicitous Westerners to lure them into destroying their own country. They believed war-mongering, blood-thirsty people like Senator McCain who foolishly led them into perdition.

I have no access to the huge resources available to the BBC, but I more or less predicted the mayhem that will follow the NATO invasion of the country.

I was thoroughly peeved by the NATO invasion that I fired letters to some leaders in the West.

For example, I sent a letter with a list of questions to the Dutch Ministry of Foreign Affairs in The Hague, to ask why a racist country like the Netherlands, deemed it necessary to go and join a war to promote Human Rights in Libya…

You can read the entire article here: http://alaye.biz/libya-three-long-years-later/