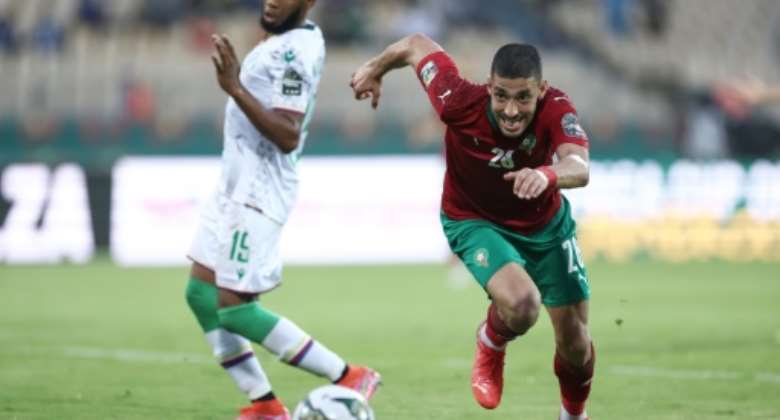 Tarik Tissoudali scored a brilliant equaliser as Morocco moved closer to a sixth World Cup appearance by drawing 1-1 with the Democratic Republic of Congo in Kinshasa on Friday.

A move that began with a superb slide tackle by Moroccan defender Romain Saiss ended with Tissoudali rifling the ball into the net on 76 minutes in the first leg of their play-off.

Yoane Wissa had given DR Congo a 12th-minute lead, sprinting down the wing, cutting inside and unleashing a shot from just outside the box that brushed Saiss and beat goalkeeper Yassine Bounou.

With away goals counting double if teams finish level on aggregate, a 0-0 draw in Casablanca on Tuesday would take Morocco to the World Cup in Qatar.

Morocco were unsettled after falling behind and Cedric Bakambu and Dieumerci Mbokani wasted chances to put the Congolese further ahead lead on a gloomy and windy evening.

The visitors squandered an early second-half chance to equalise when Ryan Mmaee blazed a penalty over the crossbar.

DR Congo were reduced to 10 men with five minutes remaining when Ngonda Muzinga was sent off after being yellow-carded twice. He will miss the return match.

Later on Friday, Cameroon, Mali, Egypt and Ghana have home advantage over Algeria, Tunisia, Senegal and Nigeria respectively in other first legs.