Ivory Coast walls up forest to fend off encroaching city 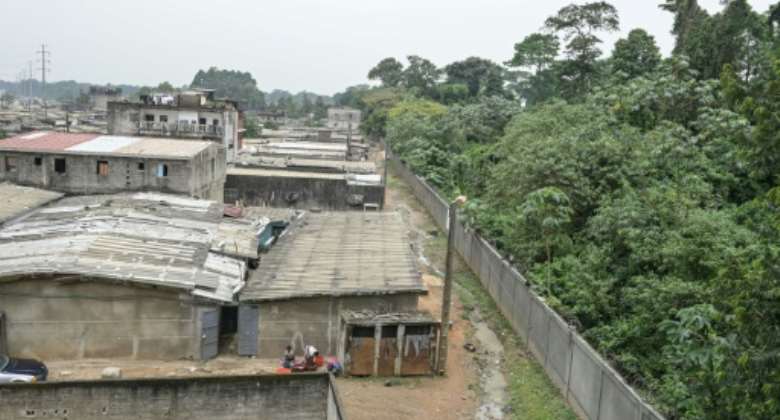 Ivory Coast is erecting a wall around a primary forest in Abidjan to protect it from the encroaching city. By Sia KAMBOU (AFP)

Helping to build a barrier around a primary forest in the centre of Ivory Coast's Abidjan, Victor is happy to protect the endangered green space from the expanding city.

"We have our own Great Wall of China," says the construction worker proudly.

In three months' time, a cinder block fence 10 kilometres (six miles) long is to run along the edge of the Banco National Park to prevent it from being swallowed up by neighbouring districts.

Along with the Tijuca park in Brazil's Rio de Janeiro, the nature reserve is one of just two virgin forests worldwide to have survived at the heart of a metropolis.

A huge wall is to encircle the Banco National Park to prevent it from being swallowed up by neighbouring districts. By Sia KAMBOU (AFP)

Ivorian ecologist Tom Thalmas Lasme says the wall is crucial in a country that has lost a huge swathe of forests over the past half century.

But "in six years, a demographic explosion and a boom in haphazard construction have pecked away" at its edges.

Those who live in the impoverished neighbourhoods along its borders regularly slip in to chop down trees for firewood or hunt its fauna to eat, locals say.

And drivers speeding down the motorway on its western edge have also been known to unwittingly ravage the park, locals say.

There have been "several forest fires caused by motorists tossing in cigarette butts," said 58-year-old Roger Manet, who lives nearby.

Ivory Coast has lost up to 80 percent of its natural forests in just 50 years due to agriculture, bush fires, illegal forest exploitation and artisanal mining, the International Union for Conservation of Nature says.

Of the three million hectares of forests the country has left, two million have been designated as 14 separate nature reserves, the Ivorian Office for Parks and Reserves (OIPR) says.

The OIPR says it is building the barrier around the western and northern boundaries of Abidjan's forest with government and Japanese funding to help halt the destruction.

"We have erected this concrete fence to avoid this green lung from disappearing due to deforestation."

'Dive into the woods'

Fousseni Coulibaly, a lieutenant colonel in charge of the park, said preserving the reserve also helped regulate rainfall and recharge the underwater reserves feeding the nearby city with drinking water.

Some have said it could also help boost security in an area that borders the country's largest prison. Escapees have been said to find refuge among its trees.

The Banco park's upkeep costs the equivalent of $335,000 a year, says OIPR director Tondossama, essential funding "to preserve it for future generations".

He says he hopes conservation efforts, including the new wall, will push more tourists to explore the nature reserve and its 80 kilometres (50 miles) of cycling paths.

Laurent Pigagnon, a tourist from Mauritius, was already enthusiastic.

It's my "first time visiting a forest so close to a city", he said.

"It's great to be able to take a break from the noisy urban centre, dive into the woods and enjoy some nature."

Issiaka Kamate, an Ivorian also out on a stroll, said preserving the park was essential to maintain healthy living conditions in the economic hub.

"Without it, we'd have so many sick people in Abidjan," he said.