Takoradi: Prices of foodstuff and other consumables shoot up 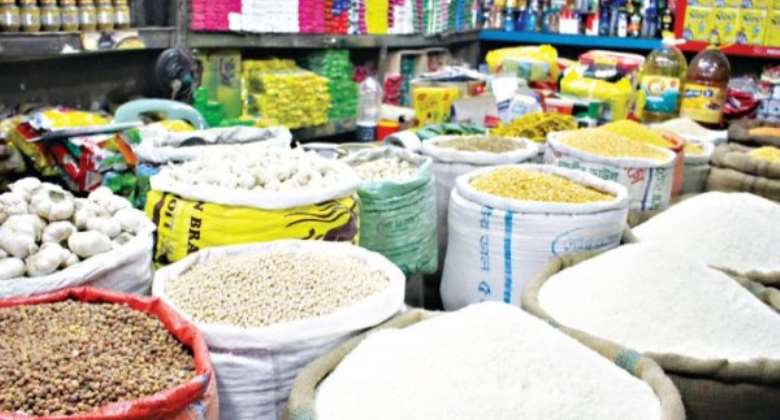 Prices of foodstuffs and other consumables have experienced a significant rise in Takoradi markets, a survey conducted by the Ghana News Agency, GNA, has revealed.

A visit to the Takoradi market and Jubilee Park market on Wednesday showed prices of foodstuffs had gone up because of the increase in transportation fares due to the price hikes of petroleum products.

The majority of the main food crops such as cassava, yam and plantain were affected by the price hike.

At the Takoradi market, a large-sized tin of red onions which was sold at GHC15.00 was now sold at GH20.00 with the mini blue bucket which previously sold at GHC45.00 now GHC50.00.

Also, a cup of fish powder which was sold at GHC10.00 was now going for GHC20.00, while the price of shrimp powder doubled, with a cup going for GHC40.00 against the GHC20.00 previously sold.

Madam Efiba Tawiah, a petty trader at the Takoradi new market, said the prices of foodstuffs had risen speedily adding “even the prices of spices had shot up, saying, a pack of maggie cube which was sold for GHC11.00 had increased to GHC13.00.

Madam Efiba also said a cup of sugar increased from GHC3.00 to GHC4.00 with the price of a tin of milo currently being sold at GHC20.00 adding, the small tin of ideal milk now sold at GHC5.50 indicating an increase of 0.50pesewas.

She lamented, “the prices of commodities have really increased which has made things difficult. The new prices have made many people now do window shopping with a few doing actual purchases”