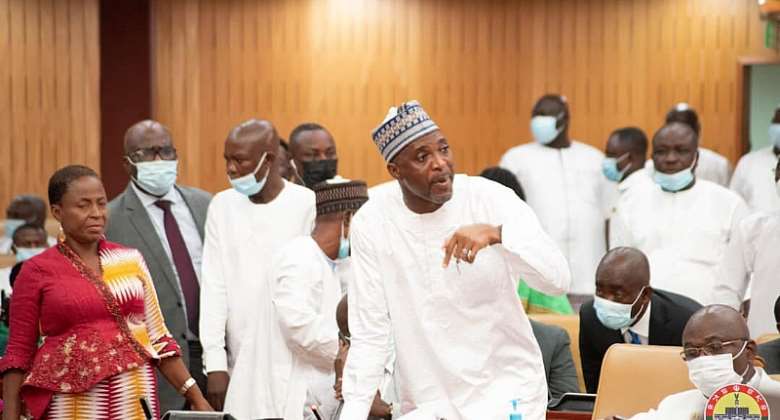 The Minority Chief Whip, Muntaka Mubarak, wants the first Deputy Speaker of Parliament to issue definite instructions to the Minister of Finance, Ken Ofori-Atta over his failure to appear before Parliament to answer serious questions.

The Minister has been programmed to answer over ten questions on different subject matters on Thursday, March 24, 2022, but did not show up.

Raising concerns on the floor of the House, Muntaka said the Minister has consistently failed to honour parliament’s invitation to answer the questions, some of which have been pending for a long time.

“I find this to be very unacceptable because the Finance Minister can go around the country and do town hall meetings, yet he doesn't want to come here to answer to the reps of the people. All the 13 questions have been outstanding for a very long time. Today we are told he is holding a press conference to address the country. My worry is that, if we keep accommodating his excuses, this question will never be answered. We should give a definite instruction to the Finance Minister to come and answer the questions,” he said.

Other minority members described the minister’s posture as disrespectful.

Hottest Photo Reports
Catch up with all the political quotes from our politicians.
Advertise here
More from Politics
ModernGhana Links
Ghana’s economic downgrades self-inflicted – Alhassan Suhuyini
Practical reforms is needed in the public sector — Nana Kay
Prioritise interest of Ghanaians over your obsession to stick to power – Fiifi Kwetey to Gov’t
TOP STORIES