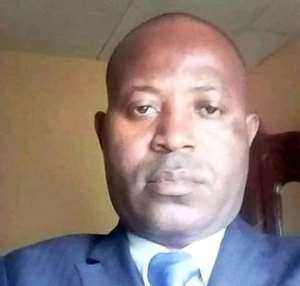 Cameroonian authorities should drop the prosecution of journalist Malcom Bernabé Paho and decriminalize journalism in the country, the Committee to Protect Journalists said Wednesday.

On February 22, the national gendarmerie arrested Paho, director of the newspaper Midi Libre Hebdo; opened a criminal defamation case against him; and detained him for two days in the capital Yaoundé, following a complaint filed by Boba Denis, a pastor who heads the Africa Life World Mission church, an international religious organization, according to news reports and the journalist, who spoke to CPJ via messaging app.

Denis filed the complaint on January 27, after Midi Libre Hebdo published an article on November 29, 2021, alleging that Denis had sexual relations with church members, according to a letter to Paho from Cameroon’s National Communication Council (CNC), the country’s communications regulator, and the article, both of which CPJ reviewed. Denis claimed the article contained “unfounded statements likely to damage his image,” according to the CNC letter.

“Cameroonian authorities should drop their prosecution of journalist Malcolm Barnabé Paho and reform the country’s laws to ensure journalism is not criminalized,” said Angela Quintal, CPJ’s Africa program director, from New York. “Cameroon should focus on ensuring that there are no journalists in jail, not look to add more.”

On February 24, Paho was released on bail after paying 100,000 CFA francs (US$167), Paho’s lawyer, Soumele Jatsa Augustin, told CPJ by phone. In Cameroon, defamation is punishable with up to six months in prison and a fine of 2 million CFA francs (US$3,350), according to Article 305 of the penal code.

Paho is expected to appear in court on April 14, he told CPJ.

Denis told CPJ by phone that he filed separate defamation complaints with Cameroon’s gendarmerie, to hold Paho criminally liable, and the CNC, which can impose sanctions on media outlets and journalists. ‘’I blame him (Paho) for everything he said in the newspaper without consulting me and making sure that what he said was true. What he wrote is extremely serious. It puts my life in danger,” Denis said.

The CNC reviewed and ultimately rejected Denis’ complaint against the journalist, Paho told CPJ. Jean Tobie Ho, the secretary general of the CNC told CPJ by phone that the complaint was rejected over a technical issue.

There are at least four journalists currently jailed in connection with their work in Cameroon, according to CPJ research; two have been released since December 1, 2021, when CPJ conducted its last census of journalists behind bars for their work around the world.