ASEMSEBE: Will the Real Ghana Stand Up? 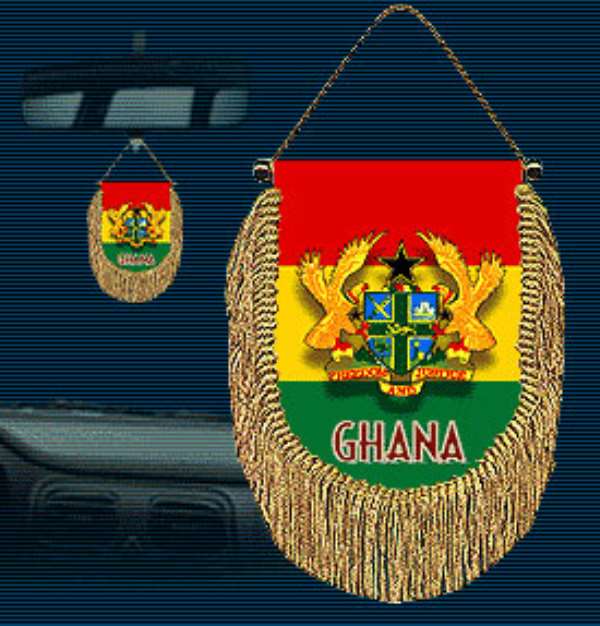 Culled from Ghanaian Chronicle Ghana is like a country with a split personality. Psychologists call it Schizophrenic. Ghana is two nations, separate and unequal. Let us examine the characteristics of both nations. NATION ONE Ghana, Nation one, is a great nation, which stands as a tower of enlightenment among its counterparts in the sub-region. Yes, in West Africa we are the first among equals. Even in Africa, with the exception of South Africa, we are (in my subjective and biased view) the country that has the most potential of making quantum leaps in our development with the right direction.

This great land of ours is the one most likely to emerge as a major hub for international business activity in the sub-region with the correct formula. Our stock exchange is the third highest-ranking exchange in the world. It is a genuinely peaceful country and of late has started attracting loads of Nigerians and other African nationals. They love this country because of the relative peace.

We are a country so well positioned for prosperity and growth and the opportunity is all around us. I am proud to say that we have some of the most dynamic individuals who are creating amazing enclaves of excellence in their fields. I won't attempt to name them for fear that I may forget some.

Some of the most dynamic people in international industry, business, finance, medicine, the sciences and in IT. are Ghanaians. As quiet as it is kept, this country has a critical mass of intellectual sharp shooters and great thinkers here in Ghana and spread all over the Diaspora. Nation One is awesome, Nation one is worth dying for. NATION TWO Nation Two, the other Ghana is a nation that is content with mediocrity. This nation is full of complacent people who have grown used to, and accepted sub-standards. Nation two always aspires for the lowest common denominator. This nation has lost its focus and does not have a clear cut direction. Nation two places more importance on partisan politics than on a developmental agenda. Nation two is in locked in the "third world blues" which means two stops forward, six steps backward kind of development. In short the tragedy of underdevelopment. Nation two is pathetic, Nation two is not worth dying for.

So now one may ask, how can you have these two nations be submerged in one? How can Ghana exhibit such a split personality? You may have your own opinions about this, but to me we have underestimated our own capacity as a nation because we still operate with a colonial mentality.

One of the effects of colonialism is that we were groomed to accept European domination. We may not want to admit it, but not only do we do accept the concept of European domination, but unfortunately the concept of European Supremacy. Our dependency on Europe is part of this belief fostered by the colonial heritage. It is the effects of this that has given our nation the split personality. We have the potential to exhibit high levels of accomplishment but our mentality cannot fully grasp that phenomenon. It is easier for us to depend on "white" folks for our survival.

The split personality in the national psyche is a result of the constant battle between the natural urge to awaken the giant in us and the unfortunate inclination to depend on others especially Europe to set the agenda.

Look at Ghana Telecom, all the brilliant engineers are Ghanaians, all the workers are Ghanaians and yet when it was under Ghanaian management then known as P&T, it was a total flop. Now with the same Ghanaian workers under a Malaysian and now Norwegian Management, it is becoming more efficient and profitable? Why? Give Ghana Airways to a bunch of British and let them run it with the same Ghanaian staff, they will turn the fortunes of the airline around.

They see the opportunities that we do not see because we are looking up to Europe. While our eyes were focused on Europe for help, they came in and took advantage of what we have ignored. It is a mental problem we have; it is a problem of a "colonial mentality"

Folks, I know it is not fashionable to talk about colonialism anymore. But whether we care to admit it or not, the effects are still lingering on. Look at our judges wigs and tell me colonialism is no more. Folks, colonialism did not only make us simple minded, it also made us ignorant in our simple mindedness.

So here we are, Ghana, the great republic. 46 years after independence we have not been able to harness the ingenuity of Ghanaians. Here we are a country with so much potential wallowing in the quagmire of underdevelopment and mediocrity. Here we are Ghana, two nations separate and unequal. WILL THE REAL GHANA STAND UP? NATION ONE PLEASE STAND. Comments: [email protected]