The Hypocrisy Of The West! 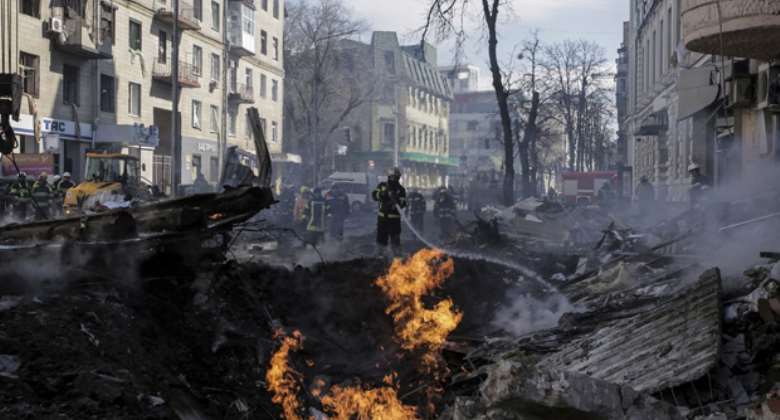 On February 24, 2022, Russia began a military invasion of Ukraine, in a major escalation of the Russo-Ukrainian conflict that had begun in 2014. It is the largest military conflict in Europe since World War II.

As the Russian invasion of Ukraine continues, an outpouring of support for Ukrainians has been witnessed across much of Europe, Australia, and the West in general. It has also triggered swift condemnation by several countries, immediate sanctions by the United States and other countries targeting Russian banks, oligarchs, oil refineries, and military exports. We even saw marathon emergency talks at the UN Security Council (UNSC).

The speed of such an international response, though commendable, has raised eyebrows at the lack of such a reaction to other conflicts across the world. The Israeli occupation of Palestinian land easily comes to mind.

Media pundits, journalists and political figures could not hide their double standards and discriminatory nature as they advertised the true nature of the West. The comments have revealed that the extreme anger against Russia is because it has disproven the theory that such a conflict could not happen in “civilised” Europe.

CBS News senior correspondent in Kyiv, Charlie D'Agata, said: “This isn't a place, with all due respect, like Iraq or Afghanistan that has seen conflict raging for decades. This is a relatively civilised, relatively European – I have to choose those words carefully, too – city where you wouldn't expect that, or hope that it's going to happen.” D'Agata later apologised, saying his words were regrettable. But the reality is that he had spoken the mind of many Europeans.

Well, I find D’Agata’s words to be ill-informed. Indeed, Afghanistan was also a peaceful and “civilised” place in 1979 before the Soviets invaded, and it became the battle zone between the West and the Soviet bloc. Same goes for Iraq before the American attack in 2003.

Listen to what Ukraine's former deputy general prosecutor, David Sakvarelidze, said when BBC hosted him: “It's very emotional for me because I see European people with blonde hair and blue eyes being killed every day with Putin's missiles and his helicopters and his rockets.”

The BBC host supported the discriminatory comments saying, “I understand and of course respect the emotion.” So, you see, both the host and the guest are emotional because the victims are Europeans with blonde hair and blue eyes. They would have been unconcerned if the victims had been Blacks, Arabs or Orientals. Hypocrites!

Peter Dobbie, Al Jazeera English presenter, described Ukrainians fleeing the war as “prosperous, middle class people” who “are not obviously refugees trying to get away from areas in the Middle East that are still in a big state of war; these are not people trying to get away from areas in North Africa, they look like any European family that you would live next door to.”

Although Al Jazeera later issued an apology, saying the comments “were inappropriate, insensitive, and irresponsible,” the obese cat had already left the bag.

Without a doubt, the swift action by the West against Russia is because they see their own suffering and being killed. The reverse truth is that the West’s lackluster action in Palestine, Syria, Libya and Iraq is because they are Arabs and not Caucasians. This is the bitter truth many are afraid to speak.

Every single English Premier League football team is showing solidarity with Ukraine and rightly so. I feel for Ukraine and we all must stand with Ukrainians.

But, what about courageous Mesut Özil who spoke when the world hypocritically looked away? Özil was forced to end his Arsenal career for calling out China's brutalities against its Uighur minority in Xinjiang. Doesn't Özil deserve an apology? Or the West’s support for human rights is valid only when victims are white and Europeans? What an unfair world!