Solving the Korle Lagoon menace with the Bono and Indian example 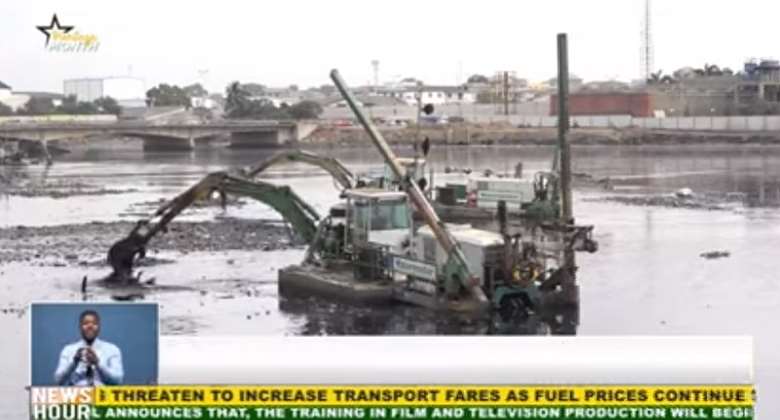 Not long ago, Sunyani, the capital of Ghana's Bono Region was adjudged the most cleanest city in the country.

I'm from Goka in the same region, but lived and schooled in the capital Sunyani for my basic education. I bring to bear my experiences from the two named Bono towns in proffering solution for the Korle Lagoon menace in Accra which see governments spend millions of cedis annually in its dredging.

As a child growing up in my native Goka, my grandmother told me why the Asuo Goka (Lake Goka) never saw drought in all seasons. Not least the fishes in its clean waters were not a delicacy for the town's folks. But chiefly, the Lake was not sacrilegiously hurt by its dependents, the people.

The Goka people believed the lake was a deity, and never pissed, defecated or spat near its banks let alone insulting the waterbody and its inhabitants - the fishes, turtles, and crabs by hunting them for venison or food.

My grandmother said a newly married couples stealthily under the cover of darkness trapped the lakes children, the fishes, and served for a dinner, they thus substituted the revered aquatic creatures for their biological offsprings, and they never had a child until they died in their ripe age.

Another man deliberately eased himself in the middle of the footpath where the women passed to fetch the water, and from that day forward he was stricken by constipation, never visited nature's call again until his stomach swelled to bursting and his death and burial in the evil forest.

The Asuo Goka carried with it a deterrent story, and none durst incurred its wrath.

Expansion of Goka has now got settlements near the lake, and upon my return I see Asuo Goka waning under the weight of human filth, where animals and caitiffs alike take turns to let the previously pristine water suffer what it hated. It now goes drought with the harmattan, and the fishes are shrank in weight and numbers.

At Sunyani, on Independence Days, every 6th March, the Military Barracks was opened for student's entry. We had the chance to enter their swimming pool and see the stockpile of arsenals they use for defending our region and the country.

Some of my mates at Rapid Preparatory School were from the Sunyani Barracks, and they told us stories about the soldiers disciplining people who littered on the compound on such revelling holidays. Those who threw banana peels about were charged to pick them by crawling on their knees. And woe betide the one who'll pooh openly, you are likely to be forced to gulp it down to where you forced it out from.

By stretch, the neatness of the Military Barracks reflected the Sunyani township, and won it the enviable accolade, Ghana's most neatness city.

Perhaps, for complacency or overindulgence in freedom under democracy, the neatness of Sunyani is now comparable to the harmattan induced drought of the Asuo Goka in my nativity.

Last night I saw in a GBC news item how excavators desilted the Korle lagoon as part of its perennial ritual to take away the human caused filth of heavy materials loaded into the water body at the centre of Ghana's capital, Accra, close to one of Africa's best Teaching hospitals - The Korle-Bu Teaching Hospital.

In 2015 I wrote a skit for a Bono representative who contested for the Miss Tourism Beauty pageant, Miss Ruth Awunyo. It was focused on using the Korle lagoon for a racing sport, where after dredging, freshwater should be channelled into it, and as Accra is known for fishing trade, the lake should stage a canoe competition.

Fishermen will annually compete on the Korle lagoon as a festival created for it that will bring in many tourists, raking in revenues and solving the filth menace.

My candidate won the entrepreneurship sash, but lost out on the ultimate to the central region representative. Her blueprint for the lagoon died with the closure of the competition.

Today, we're back at it again, spending the state's resources to rehash a tedious labour that can be eradicated once and for good.

We're likely to repeat this work next year or suffer the palpable consequences.

Every crop of people have the way of understanding things, and if a leader fails to acknowledge such tactics, it spells doom and failure.

In India, the people are known to be spewing spittle anyhow when there's available space. Even if it's on bridges or near polished skyscrapers, they'll smear it with their corrosive saliva.

Then the authorities thought of a solution in using the Indians reverence for spiritual figures. They erected their statues and mounted placards bearing their images along places the people spat most, and it got and instant results.

Now those places were turned into sacred grounds, where worshippers stopped to pray than deface.

Accra and for that matter Ghana can be the cleanest place in the world, but it'll not take a big broom to sweep our filth into perpetual dustbin, but through the magic of the people's natural understanding.

Arise Ghana demo: They're political elements not professiona...
32 minutes ago