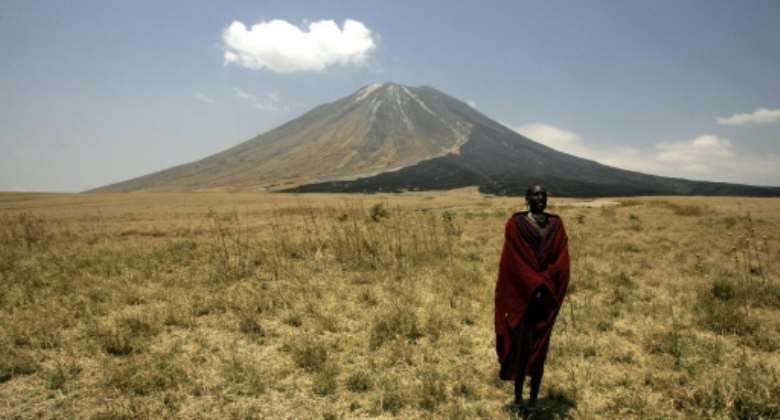 Tanzania has allowed indigenous communities such as the Maasai to live within some national parks, but the relationship between pastoralists and wildlife can be fractious. By Joseph EID (AFP/File)

For over a century, Tanzania's Maasai pastoralists have shared the famed Ngorongoro conservation area with zebras, elephants and wildebeests. But now they face the prospect of eviction as their exploding population poses a threat to wildlife.

Tanzania has historically allowed indigenous communities such as the Maasai to live within some national parks, but the relationship between the pastoralists and wildlife can be fractious, with animals attacking people and livestock.

"We agreed to make it unique by allowing people and wildlife to stay together but the human population is now out of hand," she said, ordering officials to examine the issue and put curbs on migration to the area.

As debate rages about the possible eviction of the Maasai, Prime Minister Kassim Majaliwa has proposed a voluntary relocation scheme to Handeni district where the government has allocated 162,000 hectares (400,000 acres) for the pastoralists.

"We are taking you to areas where you will have access to schools, hospitals and electricity," in addition to land for grazing and farming, Majaliwa said.

The community is sharply divided over the issue, with many reluctant to leave the only home they have ever known.

The livestock population grew from around 260,000 in 2017 to over one million today in the Ngorongoro conservation area. By JOSEPH EID (AFP)

"My father and mother were born here, and we have been living here as well. I am not ready to leave," said one woman who only gave her name as Rose, citing her fear of the authorities.

Long before Tanzania created national parks aimed at attracting tourists, the Maasai co-existed with wildlife in the Serengeti and Ngorongoro.

But as climate change leads to prolonged droughts and low crop yields, pressure on the pastoralists has increased, forcing them into conflict with wildlife over access to food and water.

The expanding presence of livestock -- and the noise of cowbells and other paraphernalia -- also drives some animals away, posing a threat to the lucrative tourism industry, which accounts for nearly 18 percent of Tanzania's GDP.

During AFP's visit to the area, zebras were the only wildlife seen grazing near the Maasai plots.

"If we allow this to continue, we will definitely disturb the wildebeest migration," a conservation official told AFP, declining to give his name for security reasons.

But tribal rights activists and opposition leaders have accused the authorities of using conservation as a fig leaf for economic exploitation, citing earlier cases when wealthy foreigners were granted trophy hunting rights in Ngorongoro district.

"Big companies are indirectly pushing us away from our ancestral land under the name of conservation," Onesmo Olengurumwa, a Maasai human rights activist, said on Twitter.

In 2009, thousands of Maasai families were evicted from Loliondo, located 125 kilometres (75 miles) from the Ngorongoro conservation area, to allow the UAE-based safari company, Ortelo Business Corporation (OBC), to organise hunting trips there.

The government terminated the long-running agreement with OBC in 2017, following corruption allegations.

Many remain suspicious of the government's intent.

"The Maasai have been the biggest victims of forced evictions for conservation in Tanzania, for which they've never been lawfully and properly compensated," Tundu Lissu, deputy chairman of the opposition Chadema party, said on Twitter.

"It's long past time that these wrongs were righted, rather than to repeat old injustices. I stand with the Ngorongoro Maasai!"

An online petition on global advocacy website Avaaz against the potential eviction of the Maasai has garnered over three million signatures so far.

Some eager to leave

Yet, as human-wildlife conflict roils the area, some pastoralists are eager to leave.

Earlier this month, elephants killed a 45-year-old man who was gathering firewood in Ngorongoro. Last August, three children were killed by lions near the wildlife reserve as they went to look for lost cattle.

"Personally, I will respect the government proposal as long as it guarantees a better life for my cattle and me," a resident who identified himself as Lazaro told AFP, reluctant to share his full name for fear of upsetting Maasai elders.

The Maasai community is sharply divided over the issue, with many reluctant to leave the only home they have ever known. By Joseph EID (AFP/File)

Many others are on the fence, worried about what their newly uncertain future holds.

"I want to continue living here but the government pressure makes me think of going," said a Maasai man who spoke to AFP on condition of anonymity.

"But accepting easily is like betraying our tribal leaders."