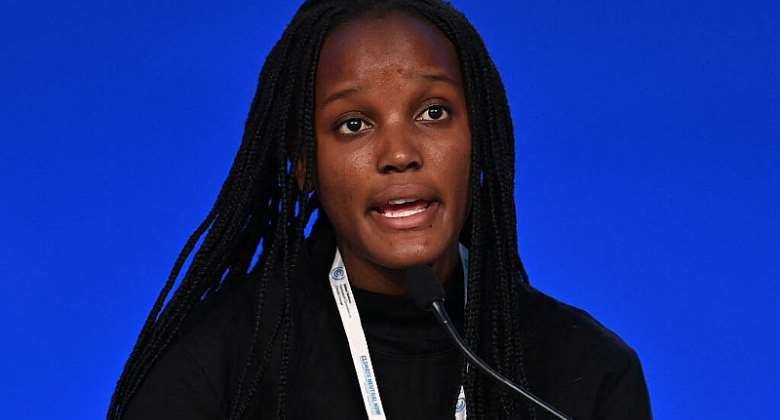 Ugandan environmental activists hit out at a mega oil project by TotalEnergies in East Africa. Four leading youth activists were received by the French National Assembly yesterday (Wednesday) to pressure the government to take a stance on the project. Vanessa Nakate, nicknamed the “African Greta Thunberg”, was among them.

Nakate is a Ugandan climate activist and author of the book  A Bigger Picture. She talked to RFI's Christina Okello and told her that she had come to France to ask the government to make it clear what its position on the East African Crude Oil Pipeline, (EACOP).

The EACOP, which is currently under construction is also known as the Uganda–Tanzania Crude Oil Pipeline. Its purpose is to transport crude oil from Uganda's oil fields to the Port of Tanga, Tanzania on the Indian Ocean. Once completed, the pipeline will be the longest heated crude oil pipeline in the world

RFI: What is EACOP?
VN: EACOP is the East African Crude Oil Pipeline that is going to affect the lives of so many people. The communities that are being impacted right now, people are being left homeless. It is going to go through some of our wildlife habitats like the Murchison Falls, it is going to go through Lake Victoria, which is depended upon by over 40 million people. Any kind of oil spill would mean suffering for so many people as this is a source of food and a source of income for so many communities.

RFI: Won't EACOP create jobs?
VN: I understand when my government and the people in my country say that EACOP is going to give jobs to so many people but when I look at the environmental impact of oil extraction in other countries, which is just short-term benefits, we need to look at the long-term benefits of our lives and of our planet.

That's why in our demands we demand for climate finance from global north countries, from richer countries. Climate finance for countries like mine that are on the frontlines that are not responsible for the climate crisis, because there is a need for us to develop but to develop in the right way, in a sustainable way, to develop and lift people out of poverty without harming the planet.

RFI: Is Africa being heard?
VN: That incident that happened in Davos in 2020, it shows how many activists from the African continent struggle to have their voices listened to and their voices amplified and platformed. And while the African continent is suffering the worst impacts of climate change, we don't see it on the world's papers. So, it's important for people to know that we won't have climate justice if the most affected people are not listened to, are not platformed and are not amplified.