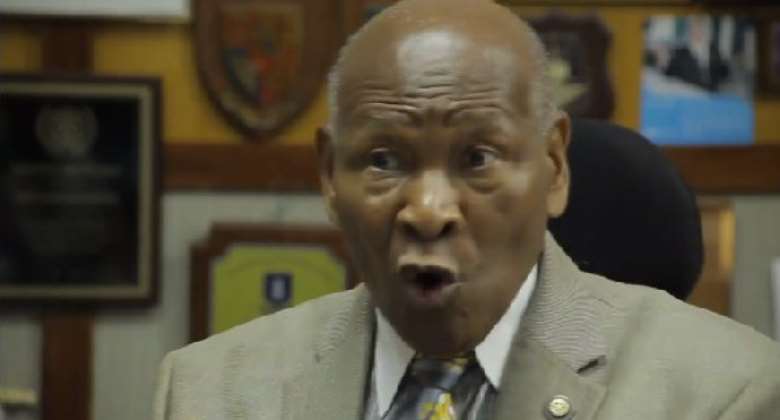 Renowned Ghanaian lawyer, Sam Okudzeto has indicated that filing for a review of the Supreme Court ruling on the right of Deputy Speakers to vote while presiding over proceedings will be just a waste of time.

Speaking to Asaase Radio in an interview, he argued that nothing will change should the plaintiff in the matter, Justice Abdulai decides to beseech the apex court to request for a review.

He explained that in the best-case scenario, only two additional Judges will join the seven-member panel that already unanimously ruled on the matter.

Sam Okudzeto is of the view that even if the additional judges come on board with different views, they cannot still overturn the ruling taken by the remaining seven which will be the majority.

“Well, perhaps he [Justice Abdulai] may not necessarily understand the mechanism of the court process. I mean, he can apply for a review but the question is that you must understand that these were seven judges that have given the judgement. The highest number of people who can sit on the best at a particular time or on any particular issue is nine. And it is not going to be a new fresh panel, it is going to be the same panel and all they have to do is to add two [judges].

“Now, by the sensible sense of logic, you ask yourself, if the two come and they differ from the seven, will that make any difference from the issue? Or how do you think that those seven judges that have unanimously decided are going to change their minds? To me, it’ll make no sense [to go for a review] because as I said the thing is so clear,” the veteran lawyer shared.

It can be recalled that last week on Wednesday, March 9, 2022, a seven-member panel of the Supreme Court unanimously held that upon a true and proper interpretation of Article 103 and 104 of the 1992 Constitution, a Deputy Speaker who happens to be a Member of Parliament does not lose his right to take part in decision making in Parliament when sitting in for the Speaker of the House.

According to lawyer Sam Okudzeto, the Supreme Court ruling on the voting rights of Deputy Speakers when sitting in for the main speaker was spot on.

“The words of the constitution that were interpreted to me were quite clear,” he stressed.