RE: It is for God to determine if I will become President - Afriyie Akoto Speaks 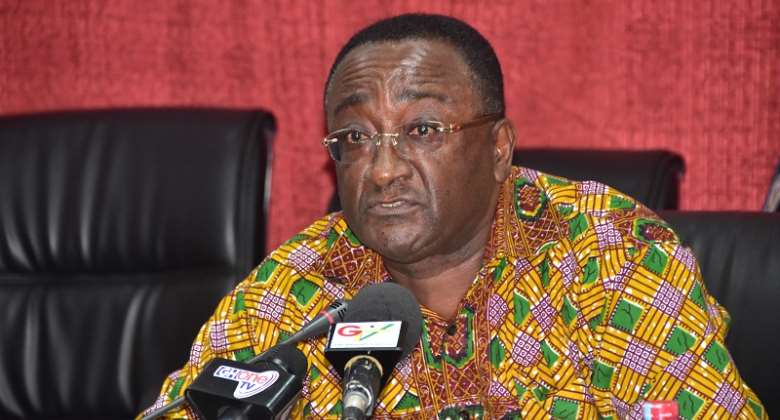 We have chanced on an article published by Ghanaweb and Peacefmonline with the headline; "It is for God to determine if I will become President".

The statement was made by Dr. Owusu Afriyie Akoto, Minister of Food and Agriculture, during a radio interview with Kwame Sefa Kayi on Peace Fm’s morning show program, Kokrokoo, on 3rd March, 2022.

A special commendation, first of all, goes out to the Best Performing Agric Minister Ever for the brilliant and matured responses he gave to all the questions raised by the "Chairman General" during the course of the programme, especially the one regarding his presidential ambition.

He is candid in his opinions, well measured and very moderate in his interviews, as we have over the past few months monitored and observed on all the various media platforms he has been interviewed. He, in a whole, exhibits genuineness of having the Country at heart.

It, in fact, takes only a matured and selfless Minister of State and a Senior Member of the Party to put the interest of the government he serves ahead of his or her political ambitions. And that's what Dr. Akoto has been doing ever since he found favour in the eyes of his best and childhood friend, Nana Addo Dankwa Akufo-Addo, to serve under his government as the Agric Minister.

We perfectly agree with Dr. Akoto that, it is only God who determines who should become President. However, we want to respectfully remind the "Legend" that, the voice of the People is equally the voice of God. For God does not do anything in the material world unless it is done through the material medium ‘man’; just as he needed man in order to bring his only begotten son into this world. We therefore have the firm and fettered belief that, God would never operate against him becoming president of Ghana since it has currently become the hope and interest of His people.

Dr. Owusu Afriyie Akoto's sterling performance at the Agric ministry which has brought about the wonderful and unprecedented records evidenced across the Nation, his unflinching commitment towards the resource and advancement of the Party, coupled with the numerous calls on him by the teeming majority of Ghanaians to lead this country, is a testament that, truly, God has ordained him as the next President for this country.

Dr. Akoto should understand that, this is his time. He is the Moses of our time. His peerless sacrifices, contributions, and love for our Party's Grassroots is a proof that, indeed, God has chosen him to lead our party into the 2024 victory.

If there's any Senior Member of our party today, whose vision, charisma, integrity, authority, commitment and sacrifices can help break the unbreakable "8" year political jinx, and help build upon the legacies of President Akufo-Addo, then, it is no other person than the son of Okyeame Baffour Akoto.

We therefore, wish to inform Dr. Akoto that, God has already ordained him as the next leader of our Party, and hopefully, the next President of this country, so, he should prepare his mindset for the duties ahead of him.

May God continue to bless Dr Owusu Afriyie Akoto for his immense love and sacrifices for the NPP.