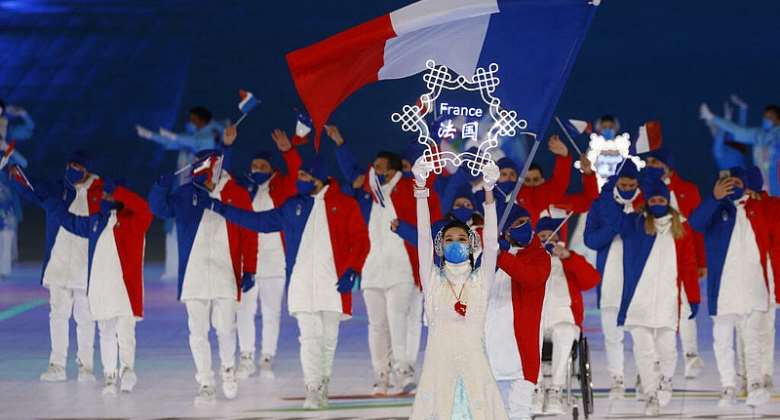 French Paralympics chiefs on Monday hailed the determination of the athletes who finished the 10 days of competition at the Beijing Winter Games with a dozen medals including seven gold.

Arthur Bauchet was the most successful of the French delegation in terms of medals.

The 21-year-old from St Tropez won top prize in the alpine skiing downhill, the super combined and the skiing slalom. He also took bronze in the giant slalom.

Benjamin Daviet, who carried the French flag during the opening ceremony at the Bird's Nest Stadium on 4 March, collected golds in the cross-country skiing knockout sprint and the 12.5km individual biathlon to add to his haul of three golds from the 2018 Winter Games in South Korea.

“They have shown great determination throughout the Games,” said Frank Bignet, national technical director of the French Handisport Federation.

“Each day was marked by moments of intense emotions going from joy to disappointment.

Bignet tweeted: "The France team will be a source of inspiration for competitors at the Paris 2024 Olympics."

France finished the 2022 Paralympic Winter Games in fourth place in the medal table. Hosts China topped the bill with 18 golds among their 61 prizes.

Ukraine was second and Canada third.

"We must honestly say that this is not what we expected," said Jean Minier, the French chef de mission in Beijing.

“The athletes did everything they could and we must really salute their performance.”

With the closure of competition, the sites of Yanqing, the venue for the para alpine skiing and Zhanghjiakou - the site of para Nordic skiing and para snowboard - will be converted into ski resorts.