If there is another coup, the military should be disbanded 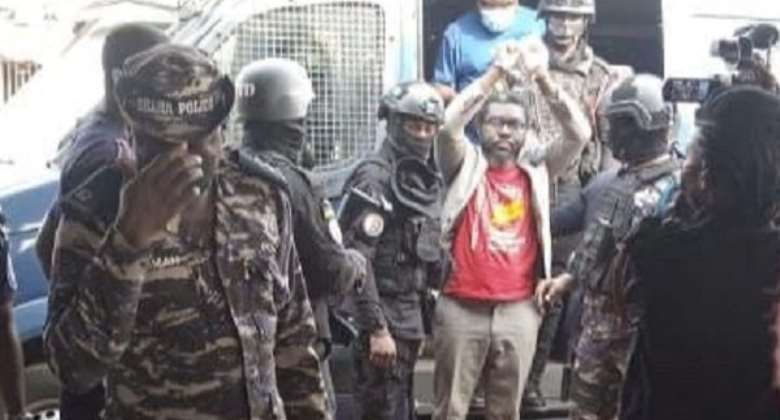 And when I assert the premonition above, I make a direct insinuation against the military which has hitherto reneged on its duties and functions. The history of the military in Ghana, when viewed from the standpoint of achievements, is in the sense of their peace-keeping missions abroad. In this, they are deserving of all possible accolades. But beyond this achievement, they have failed to provide the necessary security and protection for the country as their basic duty and solemn oath require and demand.

There has never been any breakdown in social order in this country, nor any war with any country, nor any threat from the air and the sea for which they have ever defended the country. And so the least expectation will therefore be that they will defend the sovereignty of our country and the safety of the citizenry. But in this narrow sense, they have failed the republic: They have posed an existential threat to this country not once or twice but five times. I would say that depending on where one stands at the aisle of the national politics, Nkrumah’s overthrow made sense because he was an arrant dictator with no other way to get rid of him. But what about the other coups? Acheampong’s overthrow of Busia? His overthrow by his own henchmen led by General Akuffo? Rawlings’ overthrow of the F.W.K. Akuffo regime when the nation was preparing a transfer to civilian regime? And Rawlings’ second putsch against the Limann regime? What was the sense in all that? And how did any of the coups help secure the benefits of freedom and liberty and the firming of our democracy in any way?

So Ghana’s military epitomizes an institution with basic disciplinary problems which has never been permanently addressed. It is an institution which poses the most threat to national security, and will cannibalize itself and the nation on the least incentive and opportunity. So that if we consider the possibility of a coup d’état in the country, the only institution capable of bringing this catastrophe about is the military. And when, or if the military succeeds in bringing about a usurpation of our constitutional order, it is almost a certainty that nobody can do anything about it.

If a coup starts, the President’s body-guards will be the first to elope or arrest him; all the senior officers will desert their posts and run into the bush. The junior officers will rise and shoot some or jail some and co-opt some into certain positions in a junta. Some will surrender to the plotters and be shot nevertheless. All through the streets, soldiers will go after the citizens for vengeance, seize their cars and torture and beat them up in the streets. They will destroy the factories and businesses of the rich, rape or beat our women and confiscate properties at will, while a section of the population cheers them on and urge them to let the blood flow. Certain of our frustrated elite will join them and help them to form a government with hollow ideologies………

All these happened on June 4, 1979 and beyond, and continued on to December 31, 1981 and beyond. So the scenario above is not some sort of phantasmagoric account plugged from a morbid mental vacuum and purported to scare little children. Everything has happened before and can still happen again. So the nation is on borrowed time according to the whims and caprices of a military which we have ourselves set up and armed to the teeth to haunt and harm us.

This dangerous development cannot continue: We cannot maintain an institution that makes this evil possible. Because the truth is that as long as the military has the capability to stage a coup, it will stage a coup; and no amount of homily, threats or admonitions will prevent it from doing so. It follows therefore that we have created an institution that has the capacity to destroy our democracy while we are engaged in apologetics to dissuade it from doing so. Those apologetics are the hortatory of the naïve.

If the military is capable of staging a coup, it will not need any good cause to stage one, and it can easily make up retroactive reasons to stage one. There are many in the forces who joined the forces to stage a coup in order to become leaders of the country by by-passing the ballot which makes it legitimately possible to do so under the present democratic order.

And these people are not stupid enough to come out with an open warning like Vormawor or even Atuguba. Those empty pots making noise are not preparing to stage a coup. Neither do they have the resources and capabilities to stage one. But our military does, and may well proceed as Prof. Atuguba has described and warned. And if our remedy is to arrest all these people threatening coup, then our solution to coups in the country is very naïve indeed and almost stupid.

Rather, we should tackle the threat from the army by making it impossible for them to threaten or usurp the constitutional order. We should turn the whole institution into a kind of engineer/civil corps to build our infrastructure. We should send them to the field to keep them busy building bridges, roads, drainage systems, houses, and planting trees and farming for food. If need be, we should send them out for clean-up exercises and incorporate them into factory work and labor and education…….In short, we should make them self-sufficient nation builders, and disarm any trace of threats of coup.

In the final analysis, if we find any section or the whole lot of them to be undisciplined and coup-oriented, we should not be afraid to disband them and outsource whatever security needs to outsiders who have no locus or interest to stage any coup in the country.