No certification, no compensation—Agriculture Minister to poultry farmers 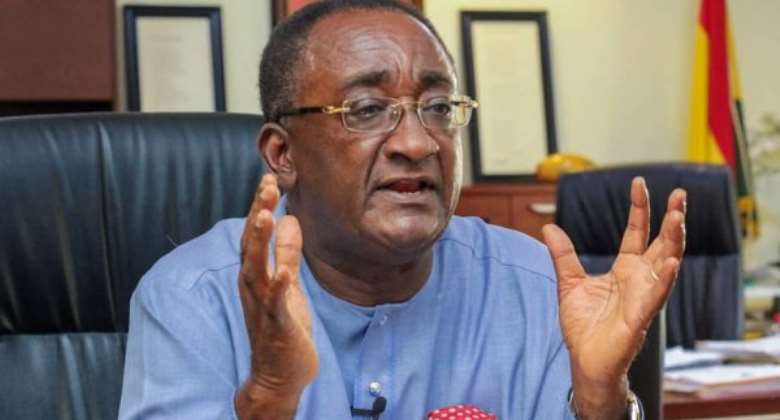 Dr Owusu Afriyie Akoto, Minister of Food and Agriculture (MoFA), says the Government will destroy and not pay compensation to poultry farmers whose farms are affected by future viral attack if they fail to obtain certificate from the Ministry.

Also, farmers who import or move day-old chicks to any part of the country without certification, would have their products destroyed by the Ministry without any compensation.

He said: “Farms that do not receive certification will not be compensated by Government during future outbreaks.”

He said this during a media engagement in Accra on Wednesday on the release of compensation to about 203 affected farms made up of 167 affected farms from July to December 31, 2021 and 36 others from 2015 to 2018.

The Minister noted that it was important for the farmers, who were mainly operating what he called “backyard poultry farms” to be properly captured in the database being built by the Ministry.

This was to enhance data accuracy for planning and targeting for the necessary support and payment of compensations when needed.

He said: “In times of disease outbreaks such as the current HPAI (Bird flu), these small scale farmers become vulnerable and, therefore, agents for the spread for the disease.”

He, therefore, urged poultry farmers across the country to ensure they were captured in the ongoing biometric registration and certification exercise.

Dr Akoto said: “I urge all farmers to lend themselves to the biometric processes so they can be captured in the comprehensive database of poultry farmers in the country.”

He added that: “This is all part of modernising poultry farming in the country and enhancing the accuracy of data for planning, targeting for support and payment of compensations when the need arises in the future.”

Mr Patrick Abakeh, the Director of Veterinary Services at MoFA, noted that the ban on the movement of poultry and poultry products into affected areas was still in force, and cautioned farmers against sending day-old chicks particularly to areas affected by the disease.

He said: “If you send birds there, restock without our knowledge and we get outbreak we'll come and destroy the birds and there won't be any compensation."

He emphasised that: “Any farmer who brings in day-old chicks to any part of this country without certification from MoFA, for that matter the Veterinary Services Directorate and Animal Production Directorate, we're going to destroy the birds without any compensation.”

Mr Abakeh added that: “…in the future we'll close those farms with a legislation coming to enforce that.”

In an interview with the Ghana News Agency, the Executive Secretary of the Association, Mr Lawrence Amartey Tetteh, lauded the Minister for the biometric registration, indicating that they had long been waiting for it.

He, however, called on the Government to introduce a policy that would effectively regulate the poultry industry beyond what the Association was currently doing to ensure strict adherence to standards in their operations.

The Government has released GH₵17 million as compensation to the affected farmers.

Government was also working on stamping out/decontamination/disposal materials, and a rolling-out of a communication plan to curb the disease.