I'm Member of Parliament for all, whether you voted for me or not — Abu Jinapor 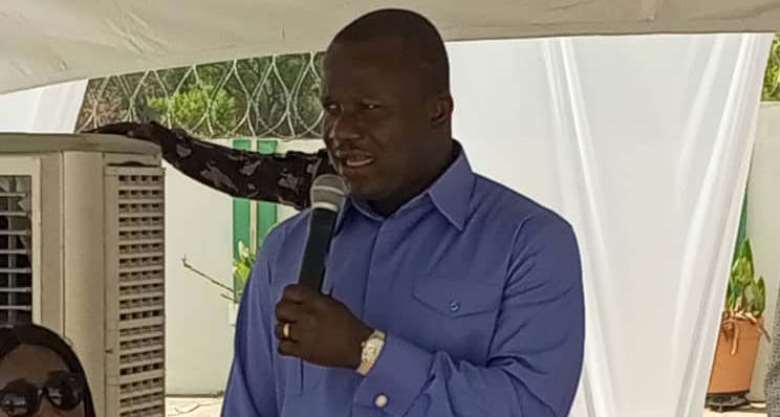 The Member of Parliament for the Damongo Constituency who doubles as the Minister for Lands and Natural Resources, Lawyer Samuel Abu Jinapor has maintained that he is a legislator for all in the constituency irrespective of one's political affiliation.

He said his ultimate priority is to see to the total development of the constituency that will benefit all, praying that subsequent MPs who may come after him will continue in the same spirit of rallying the people together for the common goal of development.

The Lands and Natural Resources Minister made these remarks at the forecourt of the office of the Member of Parliament in Damongo during a dinner night he held with all heads of departments, clergy, security services, civil society groups, the media, leadership of the various political parties and Assembly Members as part of activities marking the 65th Independence Day Celebration.

Abu Jinapor explained that the key to the development of the infant Savannah Region is unity, adding that, ”united we stand, divided we fall.”

The Savannah Regional Minister,Saeed Muhazu Jibreal urged the people to continue to appreciate the development effort of the Damongo MP and pray for him.

He added that the MP's enviable track record of benevolence remains a blessing to many in the region and Ghana at large.

He thanked the Member of Parliament for the immense support to the Regional Coordinating Council that ensured the successful celebration of the 65th Independence Day in the region.

The minister called on religious leaders to continue to pray for the progress of the infant region and its people.