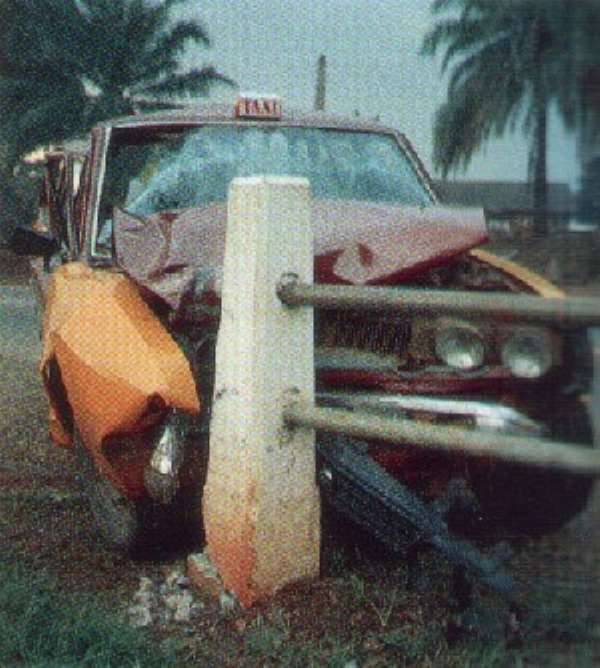 Road safety became the focus of attention on World Health Day 2004 (7th April). Organisations across the world hosted events to help raise awareness about road traffic injuries, their grave consequences and costs to society. In conjunction with the World Bank, WHO released the world report on road traffic injury prevention, and for the first time in its history, the UN General Assembly devoted a plenary session (14th April 2004) to road safety. Countries which do not already have meaningful road safety strategy are now eagerly setting up high-profile committees to review the report and incorporate its recommendations to help prevent road traffic injuries and mortality. What is Ghana doing, now that renowned researchers into road crashes, trends, injuries and deaths have unanimously concluded that they are predictable as well as preventable? According to the WHO report, road traffic crashes kill 1.2 million people a year or an average of 3242 people a day, and between 20 and 50 million people sustain injuries or become disabled. The irony is that a significant number of people who travel on Ghana's roads never return home, and the plain but sad truth is that, they perish on their journeys. A considerable and often forgotten number too, return physically maimed and consequently become dependent on the benevolence of others for survival and the basic things able persons take for granted. Possibly as you read this piece, someone somewhere has been involved in a fatal road crash; and another victim added to the gruesome road traffic accident statistics. According to the report, majority of road traffic injury-related deaths affect people in low-income and middle-income countries, especially young males and vulnerable road users (pedestrians, cyclists, users of motorised two-wheelers and passengers on public transport). Without proper recognition and appropriate action, the problem of road crashes could only worsen. It is not apt to simply sit unconcerned until one by one road crashes fade us into oblivion. Dr Wilberforce Anane, the Minister of Roads and Transport stated recently that:

▫ Ghana spends over one trillion cedis on road accident victims annually, which amounts to two percent of the total annual national expenditure;

▫ 50 000 and 70 000 people were maimed and injured respectively (GNA, Kumasi, 19th April 2004). Taking the 2000 population of 18.8 million, rising at a rate of 2.7 percent and calculating the average population for the ten year period, it can be estimated that the annual road traffic injury mortality rate (or injury-related deaths) is around 8.5 per 100 000 persons. If the Minister's figures were reported correctly, Ghana's road safety strategy would be a masterpiece for benchmarking and emulation by other countries. The figure is incredibly low as compared to the 2002 global average rate of 20.2 per 100 000 population reported by WHO for countries with similar traffic characteristics and income levels (refer to table below). With due respect, the Honourable Minister's figures probably represent a minuscule fraction of actual fatal crashes on Ghana's roads. Based on the global average, it is more likely that there are some victims whose fatal crashes are not even officially recorded. Established models for estimating road traffic fatality trends predict that if present policies and actions on road safety continue and no additional road safety countermeasures are put into place, deaths will increase on average by over 80% in low-income and middle-income countries and decline by almost 30% in high-income countries by 2020. Considering the amount spent on road crash victims in Ghana, such a scenario will have the potential to impact on economic development and erode improvements already attained in standard of living. Road traffic injury mortality rates