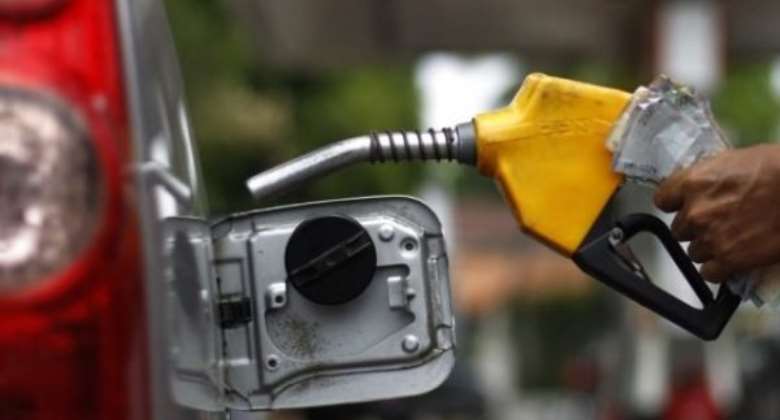 A continuous depreciation of the Ghana cedi against the US Dollar is likely to drive prices of petroleum products upwards by at least 4 per cent this week, the Institute for Energy Security (IES) has projected.

The Institute said the recent hikes in prices of petroleum products was largely due to the poor performance of the cedi against the dollar in recent weeks as well as the rise in Brent crude price on the international market.

“We expect prices to go up by at least 4 per cent within this week. It is largely the cedi depreciation that is driving this increment.

“The cedi has depreciated by 4.2 per cent to settle at GHS6.85 in the last pricing window, and the international market is also playing its role with prices of petroleum products also going up,” Mr Fritz Moses, Research Analyst, IES, told the Ghana News Agency.

Petrol and diesel are currently trading at an average GHS7.88 per litre at the local pumps.

In a related development, the Chamber of Petroleum Consumers (COPEC) has also projected that ex-pump prices of petrol, diesel and LPG would increase by about 4.6 per cent, 3.4 per cent, and 2.5 per cent respectively from March 1, 2022.

It projects that both petrol and diesel will trade at an average GHS8.190 per litre whereas LPG would sell around GHS9.163 per kilogramme in the First Pricing Window of March.

Oil prices on the international market shot up on Monday, February 28, 2022 after Western countries announced tougher sanctions against Russia following the latter's invasion of Ukraine.

Some analysts have projected that the decision by Western countries to block some Russian banks from SWIFT, a global payments system , could cause severe disruption to its oil exports.

Russian crude oil grades account for about 10 per cent of global oil supply.

There are fears that Russia would retaliate sanctions imposed by the West by reducing its global supply of essential commodities, including oil and trigger a sharp rise in prices due to potential scarcity.

Reports suggest that that the United States and other major oil-consuming nations are considering releasing 70 million barrels of oil from their emergency stockpiles to cushion the market and stabilise prices.

The Organisation of the Petroleum Exporting Countries (OPEC) and allies led by Russia, a group known as OPEC , are also expected to meet on Wednesday, March 02, 2022 to discuss the way forward.

The group is expected to stick to plans to add 400,000 barrels per day (bpd) of supply in April.