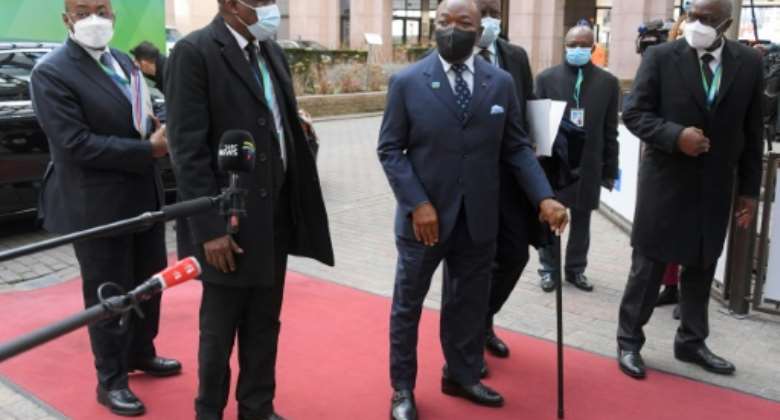 A top court in Gabon has dismissed a bid by opposition figures for a medical assessment of President Ali Bongo Ondimba, who suffered a stroke more than three years ago.

The group had filed a petition demanding that Bongo be tested to see whether he was fit to exercise his duties.

But the Court of Cassation, the country's highest judicial body, on Friday rejected a 2020 decision by the Court of Appeal, which had authorised an ordinary court to rule on the request.

Instead, the top court determined that a common-law court has no competence to rule on the head of state, according to the decision seen by AFP.

Bongo, 63, the son of veteran former ruler Omar Bongo, suffered a stroke while on a trip to Saudi Arabia in October 2018.

He needed months of convalescence abroad, and his long absences sparked speculation about his fitness to govern and fears about a vacuum of power.

After slowly returning to the public eye, he has recently stepped up official activities, making live speeches and attending summits abroad, although he still needs to walk leaning on a stick or the arm of an aide.

Bongo's entourage say he intends to seek the candidacy of the ruling Gabonese Democratic Party (PDG) for the August 2023 presidential elections.

The petition was filed in 2019 by Appel a Agir (Call to Act), a group gathering 10 figures in civil society and politics in the central African state.

"The Court of Cassation has just brought the final curtain down on this judicial rumour-mongering orchestrated by Appel a Agir," said Bongo's lawyer, Aimery Bhongo-Mavoungou.

"This ruling opens the way to declaring once and for all that the president is in good shape, and nothing can prevent him from fully exercising his duties, which he does so well at the moment."

Elza-Ritchuelle Boukandou, a lawyer who is a member of Appel a Agir, acknowledged that the group's legal strategy had now been "definitively rejected".

"However, we will continue to press, before public opinion, for him to prove that his state of health enables him to run the country," she said.

Bongo was elected president in 2009, succeeding his father, who had ruled for 42 years.

He was re-elected in 2016 in a vote marked by a wave of deadly violence after the result was announced.