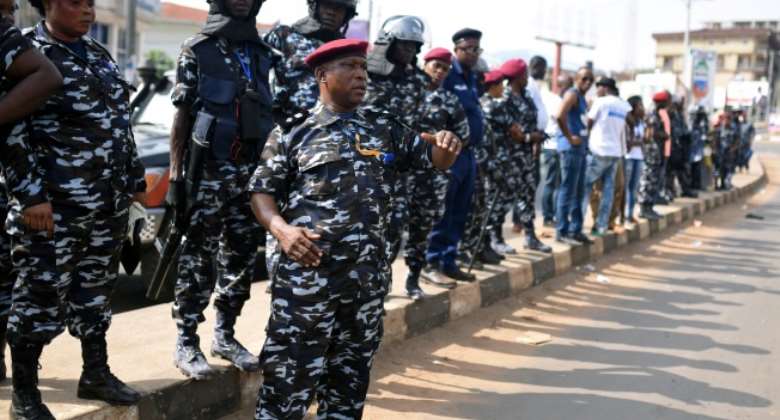 Authorities in Sierra Leone should stop harassing journalist Solomon Maada Joe and allow him to work without intimidation, the Committee to Protect Journalists said Thursday.

On February 7, Joe, the head of news at the privately owned Radio Bo KISS 104 FM, was arrested by police while at the local station in the southern region of Bo answering a summons over allegations that the journalist had threatened Alhaji Mohamed Jalloh, a local businessman, according to Joe, who spoke to CPJ by phone, and a report by a privately owned news website Sierraloaded. Officers told Joe that Jalloh felt threatened when the journalist discussed Jalloh’s alleged debt to another businessman during the February 2 edition of “Dr. Owl,” his weekly program at Radio Bo KISS 104 FM.

Officers took Joe’s statement and drove the journalist in Jalloh’s private vehicle to the Criminal Investigation Department headquarters in the capital, Freetown, where they seized Joe’s two phones and detained him until the following morning, he told CPJ. Joe’s phones were returned upon his release, and he said they were still locked and switched off, but he could not tell whether the officers had accessed them.

“Sierra Leonean authorities must cease their harassment and attempted intimidation of journalist Solomon Maada Joe and ensure that he is able to work freely,” said Angela Quintal, CPJ’s Africa program coordinator, from New York. “This arrest, which should never have happened, speaks volumes about the use of state security agents by the powerful against the press in Sierra Leone.”

After Joe was released on February 8, police officers told the journalist to retract the comments made about Jalloh’s alleged debt, according to Joe and a report by privately owned Politico SL. Joe has not retracted his reporting and, as of February 24, has not heard from police or Jalloh, the journalist told CPJ.

A Bo regional police spokesperson, Mohamed Bobson Senu, told CPJ on February 7 that the complaint against the journalist was criminal because it related to an allegation of a “threat to kill,” but that he could not speak further on the matter because the complaint was made in Freetown, which is outside the Bo region.

Going to the IMF with Ken Ofori-Atta leading will yield no r...
29 minutes ago