Views from afar: Reaction to the press release by the Minister of Lands and Natural Resources 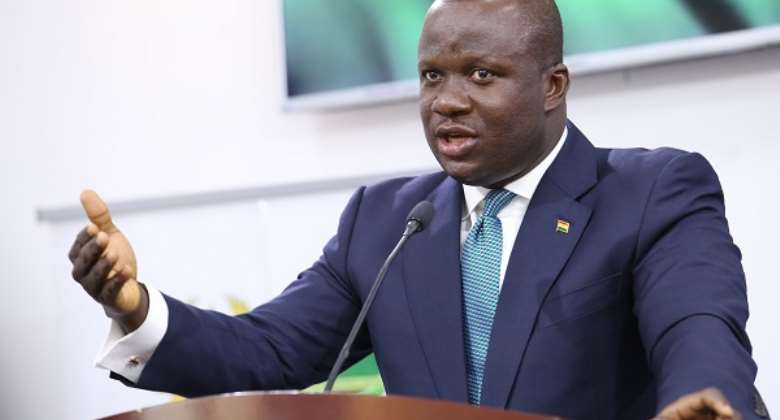 I have received a copy of the recent press release by the honourable minister of lands and natural resources. This press release follows the submission of a report by the 3-member committee chaired by the former Chief Executive Officer of the Minerals Commission. Their mandate was to investigate the explosion that had occurred at Bogo-Appiate. The 3-member committee and the minerals commission are yet to provide copies of their full reports for public access. I have read the press release with all the contents well understood, however there are few things I want to bring to the fore for further consideration, if indeed we want to do the right things as a nation. My aim for writing this opinion piece revolves around three dominant themes that I have gleaned from the said press release. The themes include:

The press release disclosed that companies engaged in mining explosive businesses are by law mandated to register with the minerals commission and obtain all required permits and licenses.

In addition, the report showed that Maxam–the company at the centre of the recent explosion had breached regulatory laws governing the manufacture, storage, and transportation of explosives for mining and civil works. The question is how was Maxam able to violate both the Minerals and Mining Act 2006 (Act 703) and Minerals and Mining (Explosives) Regulations, 2012 (L. I 2177) devoid of any detection and continued to operate with impunity until this unfortunate explosion? This development goes to show the lack of oversight by officials delegated to inspect company licenses for compliance management. My view is Maxam would have continued with their operations with contempt for the health, safety, security, and prudent management of the environment in which they operate, if not for this unavoidable explosion.

This incident is happening during a period where Ghana’s economy is in deep stagnation. And this occurrence might affect the already pressured environment, hindering governments’ effort in managing our economy optimally. The blame for the cause of this explosion must fall on all the institutions and persons responsible for checking compliance systems of companies engaged in mine explosives to ensure that they are adhering to regulations as pertains to mining activities in Ghana. An independent body must investigate them. And if it is determined that they violated their duty of care. And made an error of judgement about their inspection tasks, which led to the explosion, to face the consequences of their action.

The sector minister’s role in the explosion

It is not surprising that we have allowed the person under whose administration the incident occurred to investigate himself. History has shown that many instances like this have occurred. Hence, if we are experiencing same during our current dispensation, then perhaps no one might have the moral right to query such abuse of power. Until we hold our public officials liable for their actions and inactions, we will continue to expose our already burdened mining communities to these avoidable accidents that come to worsen their already perilous economic circumstances.

The minister revealed in the press release that “I as the Minister for Lands and Natural Resources and therefore the overseer of activities in the sector have imposed an administrative fine....”

This statement shows an acknowledgement of his national responsibility for all mining operations in the country. That said, I believe the honourable thing for the minister to do is to resign from his position. I make the call for his resignation based on two key reasons.

The first one is his lack of and/or failure to perform his oversight responsibility as the sector minister for mining operations in the country. Second, his dearth of oversight obligation had precipitated this unfortunate tragedy, resulting in death of community members. The sector minister stepping down from his position would not only be a moral justification on his part to do so. However, it will also provide him the opportunity to show leadership and respect to the victims and survivors of the incident. We are in an era where it is appropriate for everyone, including public officeholders, to own up and be accountable for their actions and failure to act. We will watch and see how things will transpire.

The fine imposed on Maxam

Imposing a fine on Maxam is in the right direction and will serve as a deterrent to other companies that display disregard for the rules and regulations governing mine explosives activities in the country. The measures instituted by the ministry for Maxam to comply with as a condition for renewing their business permit will strengthen the mechanism for regular inspection of their facilities for the storage, transport, and supply of explosives. Regardless of these penalties, the harm and trauma this explosion has caused to families and friends and the community at large will remain with them for the rest of their lives.

I hope that the Six million United States Dollars (USD$6,000,000) that Maxam would pay to the government over 18 months will yield positive development outcomes. I am interested in the support for victims and survivors of the explosion, as I did not come across any mention of provisions for them in the press statement. Setting up a foundation run by independent and trusted professionals to provide livelihood and educational opportunities for the families would not be a bad idea. I propose that 10% of the fine to be allocated to the said foundation as seed money to support the victims’ and survivors’ families. The rest could be used for further development of the sector, including regular in-service trainings for ministry officials in the areas of health, security, safety, and environment to promote and enhance their work.

According to the press announcement, the measures instituted by the ministry of lands and natural resources for Maxam to comply with are an attempt to ensure that they perform all mining and mine support services in a safe environment without danger to life and/or property. The sector minister has established a ministerial committee of inquiry under the leadership of Prof. Richard Amankwah to:

While it is important to review the existing health, safety, and security protocols in the mining industry, these procedural processes were long overdue and did not warrant an accident of this nature to occur before we perform these tasks. We must, as a nation, be proactive in the exercise of our responsibilities in every sector of the economy to allow for better economic outcomes.

I support the fine imposed on Maxam and the measures instituted by the Ministry of Lands and Natural Resources for compliance. However, we must learn and reflect on this incident and try every means to ensure that it never occurs, not only in the mining sector, but in every single sector of the Ghanaian economy.

God bless our homeland, Ghana, and make our nation great.