Akufo-Addo jets off to Niger, Abuja 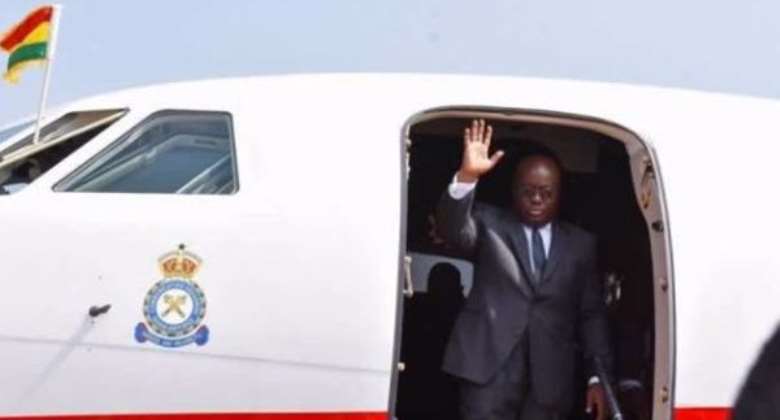 President Nana Akufo-Addo has embarked on a day's trip to Niamey, the Capital of Niger, Mr Alban Bagbin, the Speaker of Parliament has announced.

Delivering a message from the President on the floor of Parliament on Tuesday, Mr Bagbin said the President would return to Ghana in the evening of the same day.

"Mr Speaker, absence from Ghana, in accordance with Article 59 of the Constitution, I write to inform you that in my capacity as Chairperson of the Authority of Heads of State and Government of the Economic Community of West African States (ECOWAS), as well as the President of the Republic, I will be travelling outside the country to Niamey, capital of the Republic Niger in the morning Tuesday 22nd February 2022 to lead Ghana's delegation to the launching ceremony of the West African Power Pool (WAPP) North Core Project at the invitation of his Excellency Mahammed Buzoum, President of the Republic of Niger, to be held on Tuesday 22 February 2022.

"Thereafter, I will travel to Abuja, Nigeria, to meet with His Excellency Muhammadu Buhari, President of the Federal Republic of Nigeria on important ECOWAS matters.

According to the Speaker, the President would return to Ghana in the evening of the same day.

"During my absence, Vice President Alhaji Dr Mahamudu Bawumia shall in accordance of Article 68 of the Constitution, act in my stead," Mr Bagbin said.

The North Core project is a 330 kV transmission line from Birnin Kebbi (Nigeria) to Ouagadougou (Burkina Faso) through Zabori (Niger) and Niamey (Niger) with T-off to Malanville (Benin).

The estimated investment costs are around US$550 million for the 853km of lines and five associated substations.