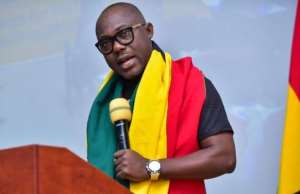 The Secretary to the University of Ghana (UG) Chapter of the University Teachers Association of Ghana (UTAG), Prof. Ransford Gyampo has stressed that UTAG will not be pressured by anyone to call off its strike.

In a post on his Facebook page, the lecturer who is away in Dubai said the association will not bow to pressure from any politician.

He further notes that no sponsored propagandistic media reportage can pressurize UTAG to rescind its strike action and return to the lecture rooms for academic work.

“Note this: No Politician can call off the UTAG strike. No Sponsored Propagandistic Media Reportage can pressurize anyone. Only members can rescind their decision after they are convinced. If they do, they will communicate,” the post on the Facebook page of Prof. Gyampo reads.

The post followed media reportage of a meeting that ended successfully between UTAG and the Education Committee of Parliament on Thursday, February 18, 2022.

After the meeting, Mr. Peter Nortsu-Kotoe who is a ranking member on the Education Committee of Parliament told journalists that UTAG has agreed in principle to call off the strike.

“After listening to the cases, we realised that there will be the need for more dialogue. We finally appealed as a committee to UTAG to call off the strike which they agreed in Principle.

“We expect they call off the strike today and then continue with the negotiations,” Mr. Peter Nortsu-Kotoe shared.

The National Executive Council of UTAG is expected to hold a meeting before a decision to return to work or otherwise will be taken.