E-Levy is a game changer for development - Yaw Preko 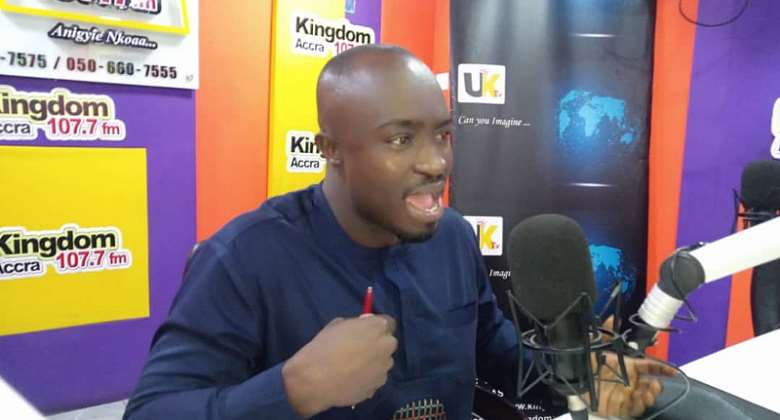 The Deputy Communications Director of the New Patriotic Party (NPP), Mr. Yaw Preko, is pushing for the implementation of the E-levy as proposed by the government in the 2022 budget.

According to him, "the E-levy is a payment system to guarantee infrastructural development" in the country.

“For once we are taking a bold step as a country to generate revenue that is largely targeted at building infrastructure and giving jobs to the youth.

“However, the resistance that we are faced with as a govt with regards to it's passage is understandable. Looking at our history in terms of revenue mobilisation and distribution. We lost trust in govt to an extent that when we wanted change in 2016, we actually went to the ballot with anger,” Mr. Yaw Preko exclusively told Accra-based Kingdom FM 107.7.

He continued, “It looks like that anger and loss of trust have made us suspicious of every move of government. Something that in my opinion is understandable.”

Mr. Yaw Preko reiterated that the government has a responsibility as members of the NPP to continue to prove to the people of Ghana that we can do it differently.

He further indicated that, “our part as citizens of Ghana, we owe ourselves the duty of holding government in check over what it says it will use the E-Levy for. Let's take an interest in that and rigorously follow up.’’

‘’Because, ultimately the E-Levy will come into existence. If not today, it will happen someday. What will be your expectations from a govt that introduces the E-Levy? That should be our focus as a people. Let's start having such conversations.’’

"Infrastructural development is not cheap...to develop the kind of infrastructure that we need, we need to take this quantum look into the future and that is what this E-levy is trying to achieve...the roads is the main task, what we currently doing on our road tolls is just about 70 million Ghana cedis, we cannot do more than 70km per year, however, we are looking at a situation where we can gain as close. If not more at least 7 billion Ghana cedis which is almost close to a billion dollars, we can leverage on the back of that billion dollars for example for the next 20 years and bring in infrastructural developers to do these roads over a period of time," he stated.

He said the E-levy taxation should be viewed from the perspective of contributing to the development of the country.

"If you are prepared to pay one per cent transaction fee to an entity which is a just profit-making entity, why won't you consider paying an extra one per cent to the state to use it for your own development?

"Government is only asking you to contribute a little bit more through the E-levy for your own development", he stated.

Mr. Yaw Preko added that the introduction of the E-levy as announced by the government was due to the inability of Ghanaians to pay direct taxes.

"It is because Ghanaians are not prepared to pay direct taxes... so the government will always have to go through the indirect taxes which affects everybody.