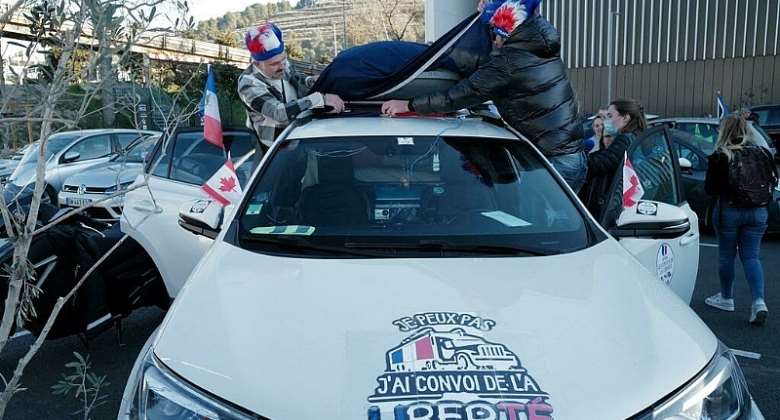 Paris police said Thursday they would ban the French "Freedom convoys" inspired by a truckers' protest against Covid rules that has paralysed the Canadian capital Ottawa.

Paris' move comes after a number of convoys of cars, vans and motorbikes set off from around France on Wednesday, inspired by the two-week blockade of central Ottawa by truckers angry at testing and vaccine requirements for crossing the border with the US.

The 'Freedom Convoy' of French drivers has taken to the roads this Wednesday to reach Paris by Saturday to join a demonstration over the Covid vaccine pass and other social issues.

Organised via social media platforms, the protesters plan to converge on Brussels on Monday 14 February.

In a statement, the police chief invoked "the risks of public order disturbances that could be caused by this gathering", as "the stated objective would be to block the capital by impeding road traffic in the streets of Paris".

"There will be a special deployment [...] to prevent blockages of major roads, issue tickets and arrest those who infringe on this protest ban," the city's police force added.

The force recalled that people blocking roads faced up to two years in prison, a fine of 4,500 euros and a three-year driving ban.