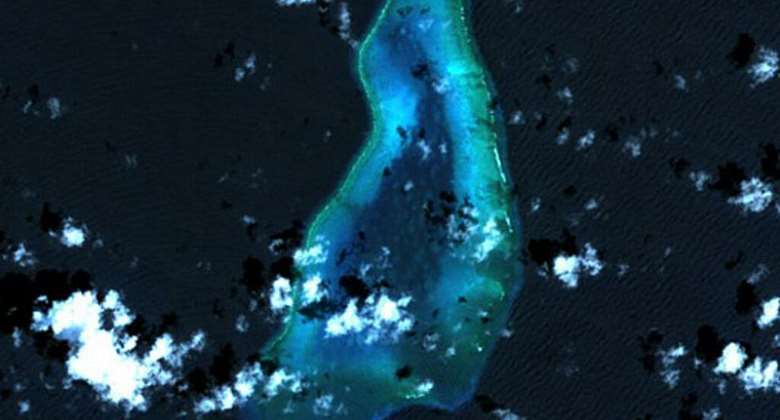 Mauritius has sent a scientific expedition to survey its maritime borders with the Maldives in relation to an ongoing dispute with Britain over the sovereignty of the Chagos Archipelago. The team will help resolve the dispute between both countries over the maritime boundary in an area near the Chagos islands.

The Bleu de Nîmes shipping vessel set out on 8 February from the Seychelles for a two-week mission with a team of scientists, lawyers, Chagossians, and Mauritian officials.

It is sailing towards Bleinhem Reef, an atoll that is part of the Chagos Archipelago.

“This is a very special visit as we are going to that part of the Indian Ocean that belongs to Mauritius,” Jugdish Koonjul, the UN's permanent representative of Mauritius told RFI.

“This is a scientific expedition to survey the north-eastern part of the Chagos Archipelago.”

The International Tribunal for the Law of the Sea is tasked with settling the dispute between Mauritius and the Maldives over their maritime boundary, namely between the Chagos Archipelago and the Maldives' southern-most atoll, Addu.

The disputed territory is the waters between Addu Atoll and Diego Garcia – one of the Chagos islands – overlapping the Exclusive Economic Zones of both countries.

Diego Garcia island, which hosts a United States military base, is some 310 nautical miles from Addu Atoll.

"This is an historic visit because it is the first time since our independence that, as a state with sovereign rights over the Chagos Archipelago, we are able to organise a trip to this part of our territory,” said Mauritian Prime minister Pravind Jugnauth.

Jugnauth added that both London and Washington had been informed, as a courtesy, that the mission would be conducting research in the area but would avoid Diego Garcia.

There are five Chagossians aboard the shipping expedition to Bleinhem Reef.

“We are so excited to be aboard the Bleu de Nîmes,” Olivier Bancoult, leader of the Chagos Refugees Group, told RFI.

“This trip is devoted to the survey but we may have the opportunity to visit our islands.”

Koonjul, who is leading the expedition, said the Chagossians are from the area being surveyed would "help us to see where their parents and themselves were fishing on and around Bleinhem Reef.”

Jugnauth said the expedition should be return around 22 February.

It had to set out from the Seychelles, he added, because the Maldives – “under pressure from certain countries” – had laid out a series of “totally unacceptable conditions” to allow the expedition to sail from one of its ports.

Setting off from the Maldives would have halved the expedition time given it is closer to the survey area.

The Maldives still does not officially recognise Mauritius's sovereign claims over the the Chagos Archipelago.

At the United Nations, in 2017 and then in 2019, it was among the six countries that voted against claims to the Chagos made by Maurituis.

In May 2019, the UN General Assembly voted overwhelmingly in favour of a resolution demanding that the United Kingdom withdraw “its colonial administration” from the Chagos Archipelago within six months.

The UK vehemently rejected the decisions of both the UN's General Assembly and its International Court of Justice and never complied to their demands.

Mauritius then brought proceedings against the Maldives in 2019 at the International Tribunal of the Law of the Sea (ITLOS) to delimit the maritime boundary between the Chagos Archipelago and the southern-most atoll of the Maldives.

Chagos on the map

The Maldives challenged the jurisdiction and admissibility of ITLOS to hear the case. But in January 2021, a Special Chamber of ITLOS rejected all of the five points submitted by the country.

The maritime boundary dispute opposing Mauritius and Maldives has been going on since at least 2010.

The Special Chamber noted that Mauritius, on several occasions, attempted to engage the Maldives in negotiations concerning the delimitation of their maritime boundaries and continental shelves while the Maldives, “for most of the time, refused to negotiate with Mauritius”.

The findings of the scientific survey will be part of Mauritius's reply to the Maldives over the dispute.

It should be submitted to the Tribunal by latest on 14 April 2022.