Museveni has already won the negotiations 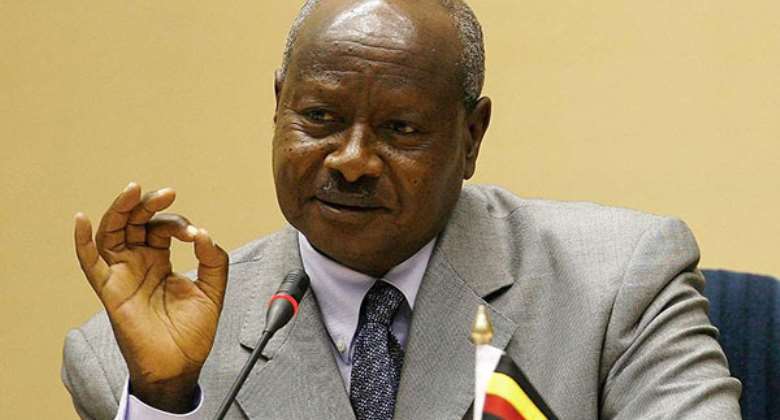 The not-so-hidden message behind NRM's Kiwanda 's utterances today is that NRM has negotiated with NUP leaders before over: Bobi Wine’s bulletproof car, the release of Eddie Mutwe, Nubian Ali and a few others from prison, and the withdrawal of election petition.

There still seems to be plenty of room for individuals of intelligence, imagination, and curiosity, to discover " exactly how Bobi acquired the Bulletproof car in the first place before Museveni came in to put a waver on some taxes he owed to the country.

It's now obvious that whatever was negotiated before and after elections, didn't include the youths that were arrested to query the November 2020 riots after the arrest of Bobi. And this is where Abed Bwanika has come in to probably make a name for himself as a more caring person than what he has always perceived as a " mole" in opposition. He's trying a rational path to a solution to this problem, and I think Nupians need to realize that none of what they say really matters in the general scheme of things.

The truth is that a lot of people are in prison over trumped up political charges, but for the government to admit that would also mean they admit they were wrong to arrest them at the time, and nobody here has the decency to do that. So, this is where negotiations come in.

A lot of Nupians don't support these negotiations and are like the fat guys. They got fat by only eating things they liked, avoiding what they didn't like, and now they want to get slim the same way? If that isn't stupid then what is?

Negotiating and begging are not the same thing. Negotiating means you have some leverage. Like I explained elsewhere before, Museveni has already won round one of the negotiations. How? The idea to negotiate came from a NUP MP, not his people, and that means NUP needs this more than he does.

Secondly, the whole situation is likely to end in a stalemate between Abed Bwanika on one side and NUP leaders on another side, and that will only benefit one man -- Museveni.

Thirdly, if negotiations work out and some few prisoners are released, it's so likely that the guys out will turn against the NUP leadership in favour of Bwanika, and guess who benefits more again? Museveni. Not to mention that his international optics will greatly improve as a considerate leader -- some "Julius Ceaser " of some kind.

The short of it is that negotiations rarely leave a leader in opposition unscathed. Even Mandela was called a "sellout" after Apartheid.

In Thabo Mbeki's "The Dream Deferred", he makes reference to the secret meetings Nelson Mandela held with the apartheid regime and expresses his disappointment at that.

Mandela ultimately ended up living in a house in Victor Verster Prison with access to a telephone, fax and television. He had a chef and could have as many visitors as he wanted and had no restrictions on movement.

The guys in ANC that opposed these negotiations ended up dying under mysterious circumstances. So, maybe leaders don't love their supporters as much as they think. Maybe Abed Bwanika is trying to change this narrative? Who knows?