The Menace Of Ghana's Jobless Graduates, Who Do We Blame- Godfred Adjabeng 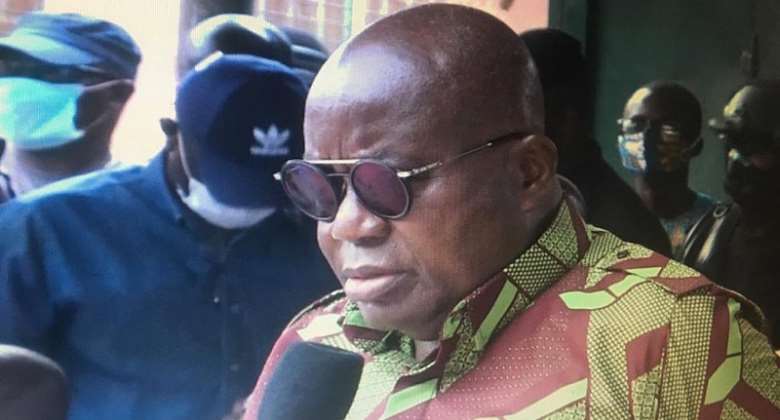 When we were young, even as children, we were taught to devote and commit our time to our studies. "The more focused you are", we were told, "the more successful you will become in the future". This sounded good, albeit difficult, to those who came from a background of struggle.

The motivation to make it in life was intense; so when they placed education on such higher pedestals as the sure banker to success, we had no option than to break our backs and study even harder. Those from good homes were not left out either. If you came from a home of educated elites, you had no choice than to "book" all day. None was ready to be the first shame of the family. You had to study hard, become successful, if true, and maintain the academic momentum in your family.

Throughout the educational paths, those who could not keep up with the progressive intensity had to drop out. Some became self employed and started their businesses, others entered various sectors of government employment that were available to their level of education. Senior High graduates who were desirous of entering into the security services did- prison service recruits, military, police etc. Others entered into various levels of professional endeavours- teachers, nurses, etc.

Those who bought the gospel of "more education, more success" and believed that as the currency for achieving success climbed even higher. The end results are the degrees, masters degrees, professional qualifications among others that they obtained.

But, is the end result- degrees- what they desired? Or even more?

I do not desire to be the bearer of bad news. However, what we need to understand is that the situation of unemployment saddling Ghana goes beyond the issue of whether or not the unemployed are qualified for any available jobs. In fact, there are few available jobs, but a huge number of readily qualified and available vibrant youths clamouring for these limited spaces.

Truth be told, the system cannot accommodate the demands. There is a serious mathematical gap, orchestrated by a serious lack of honesty, between the reason behind the tough ordeals job hunters go through before going home empty handed AND the justifications, political and apolitical, we are always given. In fact, the possibility that a graduate after school will not be employed within the first two years, if not more, of completing school and national service, is by far greater than the possibility of getting employed. One does not need a survey to come to the conclusion that the statement that studying hard in school brings success, is more of a fallacy under our current wave of unemployment.

The problem is not mysterious. Whereas vibrant policies by governments have made it easier and more appealing for the citizens to go to school and graduate well, there is no equal measure of policies to ensure that job opportunities grow to meet the growing number of job seekers out there. Our system can be summed in mathematical terms. Whereas the rate of growth of job opportunities is in an arithmetic progression, the corresponding growth of qualified or desirable job seekers is along a geometric progression. What then has become the consequence is that we have birthed a system where the emergence of job opportunities keeps crawling at a snail pace whilst the number of graduates produced every year is on a sprinting spree.

The causes of this widespread joblessness is not far from a guess. In the past two decades, the effort of the government to ensure that the rate of unemployment is reduced to its barest minimum has been nothing worth commending if we are to be honest to our conscience. Although successive governments have admitted to having been bitten by the poisonous jaws of the unemployment menace, the responses to them have been more of political strategies, rather than a pragmatic and solution based confrontation of the issues. It has always been the case of a current government pointing fingers and accusing the previous government of not approaching and tackling the problem properly. The chain of blame becomes endless, albeit preventable.

The major problem is that whereas governments have committed themselves to ensuring the continual existence of a fertilised atmosphere for producing graduates of the highest numbers, usually for political and other gains, there have been almost no attempts at creating an environment capable of absorbing the available raw materials- the graduate job seekers, into the system. What we seem to have lost as a nation is the rationale behind our relentless efforts to put most of our citizens in school, and to increase the literacy rate among the populace.

The rationale is not, and has never been, for political gimmicks and glamour. It was, and must still be seen as, for the creation of available hands that can work to assist the country reach the pedestal it desires to be. This should be so because a jobless and hungry literate can be as dangerous as an injured lion; he has nothing to lose. The only weapon available to him is his mind and ideas, his mind that has been trained to think and plan. The last thing we want to have on our hands should be hungry educated youths planning to survive. It is not the planning that can pose a risk, but what they plan, how they plan and how they seek to execute their plans.

The question then is; of what relevance is it to keep producing qualified graduates, the raw materials, without having any viable available use for them? From free basic school education, initiated by the government in 2006 or thereabout to free senior High school education as has existed in our academic discourse, what corresponding long term plans have been made available to absorb the products (graduates) churned out of those wonderful initiatives?

It seems that under the current system we practice, finding a job after school is majorly centred on connections rather than competence. It is more about who you know, and not what you sow. But, apart from this, how else are the limited spaces going to be distributed? Because, in the end, the system has deliberately created an enormous number of qualified, willing and desirable job hunters, whilst the same system has deliberately refused to create a conducive and fertilised avenue to absorb these job hunters. It has become a depiction of the statement that "each one for himself, God for us all".

The long term effect of this problem of unemployment and joblessness, especially among the literate, if left unchecked, will come back growling at us, visiting untold nightmares at our joy.

Let us take free SHS as an example. The policy of free SHS came with so much momentum that the joy it brought to the ordinary Ghanaian parent cannot be underestimated. The first batch of the beneficiaries of free SHS completed in 2019. Most of these beneficiaries are currently in higher institutions pursuing their hitherto financially hindered dreams. In the next year or two, the products of free SHS will graduate and join the teaming pool of job seekers among the youth.

The question then is, just as we have touted the impact of free shs, and its ability to create graduate for families that could never have afforded the journey, what are the efforts and plans made so far to ensure that in the next year or two, we do not create a group of unemployed "sit-at-home" graduates? The ballooning number of graduates to be churned out of the free shs policy lies patent to our eyes, but so is also the proportionate shrinking number of job opportunities.

I will reiterate that whereas going to school is important, finding a job is a higher goal. However, finding a job on a decent salary is the ultimate of them all. Creating a free system that makes education accessible to all but a closed system that makes job opportunities available to few, if at all, can be one of the greatest calamities to befall a developing country like ours. Unworthy is the cause that seeks to create graduates who earn between $0 to $100 (Ghc 0 to Ghc 700) a month. It will be an incubating disaster waiting to be hatched anytime soon.

Investments in education will be meaningless unless we invest in a deliberate effort to create the proper corresponding system to absorb the consequences of our educational investments. Even if we intend to train people who, after school, will be capable of creating their own jobs, we will also need to have a deliberate masterplan to ensure that those we train in schools are trained in areas and on subjects that are capable of creating their own jobs.

Unfortunately, most of our university courses are not currently cut out for this task. Even though we are aware that it is the sciences, the businesses and other professional courses that have the tendency to breed graduates capable of creating their own jobs, the greater percentage of our academic programmes centres on the humanities. Graduates of the humanities are mostly dependent and reliant on government jobs, jobs that are gradually becoming nonexistent. The end result has not been good so far.

There is a lack of proper attention to the issue of joblessness. The fact that unemployment has been a mastercard for political contestants during almost every election in this country for the past two decades is a depiction of the sorry states of the mismatch between our desire to expand education, whilst we do nothing about the correspondent need for jobs. Educational competency now seems to have been beaten by connections and hard work seems to have been defeated by "deals".

Nobody goes to school for almost 18 years or more, just for the glamour of it. People do for the sake of the expectation that school has the greatest propensity to turn things around. As justifiable and legitimate as this expectation is, it can be achievable or not depending on the efforts we put into our job creation as a nation.

Maybe it is time we create a consistently operating system to absorb most, if not all, of the beneficiaries of our progressively free academic system. Maybe it is time for us to create an atmosphere fertile enough to make it possible for graduates to either find jobs or create them. A decent system capable of providing a decent platform of usefulness on a decent income is key here.

Maybe the time is now, and the period is ripe for us to go to the thinking table before we manufacture a monster out of an angel we created. It is never too late. It can be done.