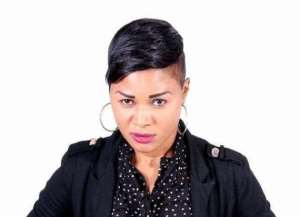 Two days later, Chanda was summoned and questioned for over three hours at police headquarters in the capital Lusaka, according to a news report and KBN TV owner Kennedy Mambwe, who spoke to CPJ by phone, who added that he could not provide further details as the journalist is still under investigation.

“It is outrageous that Zambian police are investigating journalist Petty Chanda simply because top government officials were left red-faced after their alleged collusion to deny an opposition party’s right to contest elections was made public,” said Angela Quintal, CPJ’s Africa program coordinator, in New York. “Police must immediately drop this gratuitous investigation into a journalist who exposed potential wrongdoing, and instead of intimidating the press, should direct their scarce resources into fighting real crime.”

Police spokesperson Rae Hamoonga confirmed to CPJ via messaging app that Chanda’s summoning and investigation was in relation to the leaked audio.

Initially, police were investigating Chanda under the controversial Cyber Security and Cyber Crimes Act, which makes it a crime to disclose or use intercepted communication, Joseph Chirwa, a lawyer and executive director of the Institute of Law, Policy Research and Human Rights, told CPJ via messaging app.

During the 2021 presidential election campaign, Hichilema, through his party’s spokesperson Cornelius Mweetwa, vowed to repeal the controversial law once he was took office. He did not, however, and on January 20, 2022–the same day Chanda appeared for questioning–chief government spokesperson Chushi Kasanda tweeted and issued a formal statement, published by private news website The Lusaka Times, defending the use of the cyber security act against KBN TV.

Kasanda referred to KBN TV’s publishing of the leaked recording without verifying its authenticity with officials as “unprofessional.” CPJ’s repeated calls and text messages sent to Kasanda were not answered.

On January 24, Chanda again appeared before police, where she was told that because she could not produce the audio, she was instead under investigation for destroying evidence and that her statement could be used against her in court should she be formally charged, according to Mambwe and Hamoonga, who spoke to CPJ via messaging app. Hamoonga declined to speak further, as investigations are ongoing.

If charged under Section 111 of the penal code, which makes it an offense to destroy evidence, Chanda faces up to two years in jail, an undefined fine, or both, according to Section 38 of the penal code.

What again do you have for Ghanaians besides economic theori...
5 minutes ago

Your plan to buy oil with gold instead of USD bogus; you're ...
43 minutes ago