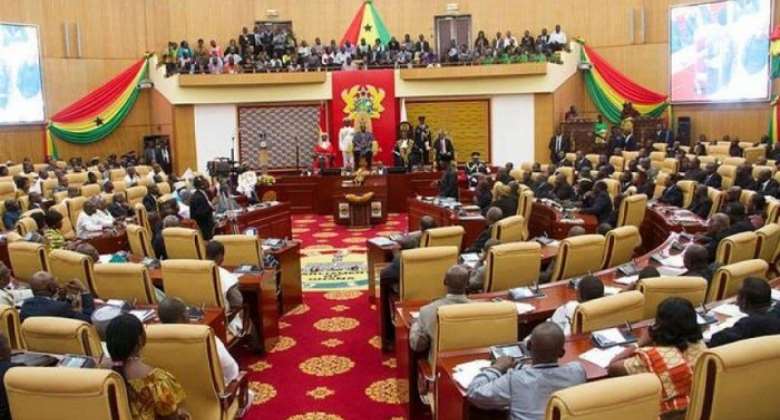 Public policy debates are not won based on the exclusive proposals and propositions of the authority making the policy. Such debates are sometimes won through consensus building. Yet consensus building is not within the immediate reach of the party in power. Ruling parties often take rigid policy positions to the detriment of concessions.

The state is currently having difficulties to have the endorsement of the minority, and some Civil Society organisations because the government seems not to accommodate independent opinions on the approach to implement the tax policy of the state. The public debate on the expediency of the E-levy are unsustainable as the state has had financial resources greater in value than the amount the levy will rake in. The projected amount to be mobilized from the implementation of the levy is less than $2 billion dollars per year. The state had raised funds that are valuable than this amount from both the local and foreign financial markets.

There is the need for the government to explore other approaches to implementing its current tax strategy. An approach which will accommodate the sanctions of the minority, the concerns of the business community and civil society institutions should be sought. The team at the Finance Ministry should go back to the drawing board and revise the strategy to implement the electronic transaction tax policy. The revision of the nature and form of the electronic transaction levy should be established on these grounds as discussed:

Reliable data from the Ministry of Finance indicate there are one thousand (1,000) mobile money transactions per second every day in Ghana. It will be fair to impose a levy on the transactions rather than the value of the transactions. The state plans to tax the value of electronic transactions at 1.75%, which is harsh and unfair: it will equally erode the welfares of the citizens in their adoption of digital financial innovations. The state can generate the target amount to be mobilized from the implementation of the electronic transaction levy if twenty Ghana pesewas (20p) is imposed on every mobile money transaction that is performed by the receiver or the sender.

Simply, the proposal for a change of the approach has the nitty-gritties to accommodate all concerns of the minority in Parliament, Civil Society Organisations as well as those of business persons. The Ministry needs to give a focused attention to the proposal being offered currently.

A reduction in the number of transactions in a day even if anticipated cannot distress the possibility of raising the target amount by using this approach. Alternatively, there could be 64,800 seconds in a day due to the demand for rest. That is, the demand for the public to rest, for at least six (6) hours, will reduce the number of seconds in a day to 64,800. A position premised on the assumption that the number of mobile money transactions will remain unchanged within the day is taken. Therefore, the chance for rest from mobile money operations, will cause the total number of mobile money transactions to reduce to 64,800,000 in a day. The yearly tax revenue to be mobilised from the implementation of the E-levy will still be met if thirty Ghana pesewas is imposed on the number of transactions to be recorded in a day. A projection of Ghc19,440,000 per day can be estimated. The two clearly and thoroughly discussed assumptions are based on the reputable data from the Ministry of Finance.

The implementation of the electronic transaction levy through the use of this proposed approach should address all concerns of persons, institutions and groups in the country. As a starter tax policy on the use of digital financial innovations, the use of a transaction-based tax approach is the appropriate method to gradually build the tolerance of the masses in accepting levies on such products.