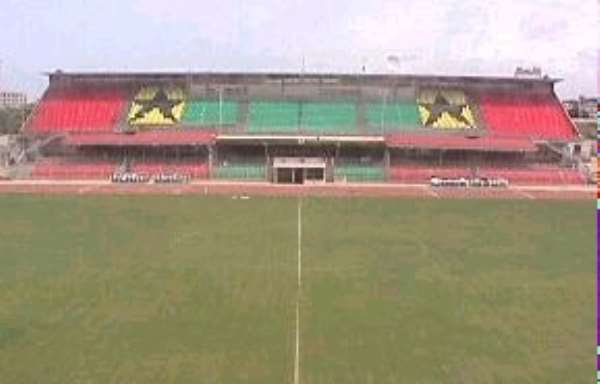 The National Sports Council (NSC) has stated that the Accra Sports Stadium will not be available for use for any activity from Thursday, February 12 to Saturday, February 14.

In statement signed by Mr Hamah Hamid Issaka, Public Relations Officer of the NSC, the Black Queens will use the stadium for their final brush up warming exercise on Thursday in preparations for their second leg Olympics Games qualifying match against the Falcons of Nigeria on Saturday.

The Falcons who arrived in the country on Wednesday will also use the playing field for their training sessions, hence no activity will be allowed on the pitch.

Following this, the match between Accra Hearts of Oak and Liberty Professionals in the Coca Cola Top Four Tourney might not be played on Thursday as scheduled.

However the Ghana League Clubs Association (GHALCA), organisers of the tournament are considering playing the match under floodlights. Mr Kudjoe Fianno, Administrative Manager of GHALCA told the GNA Sports, "that if it means we have to wait till the training is over for us to play, then we shall do so".

He said the organisers cannot afford to postpone the matches since it will affect their programmes for the year as well the preparations of the national under-23 team, the Black Meteors towards their qualifying match against their Algeria counterparts.

The Meteors are in camp preparing to be play their scheduled match against Algeria in the second leg of the Olympic Games Qualifier on February 22.

However, in view of the matches of the on-going Top Four, the players had to break camp to represent their clubs to honour the matches.

Group protest in Tamale over ‘low’ pay rise for public secto...
30 minutes ago