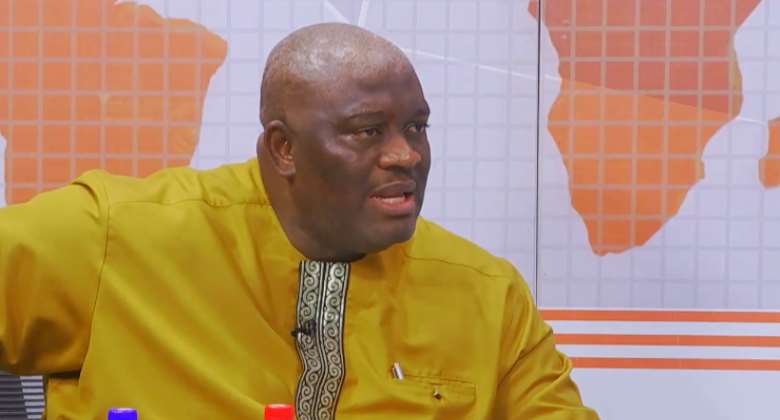 The Greater Accra Regional Minister, Henry Quartey, has reiterated his call to traders and motorists operating along the streets and pavements of Accra to evacuate before next week Tuesday.

At a stakeholder engagement with various trader unions in Accra ahead of the rollout of the ‘Operation Clean Your Frontage’ initiative on February 1, the Minister vowed to ensure that the streets of Accra are decongested for a cleaner society.

He specifically mentioned the Kwame Nkrumah Circle in Accra as one of the areas with recalcitrant traders who have taken over pavements in the area.

He said he will personally supervise the decongestion exercise and will ensure that seized woodworks are destroyed.

“We shall clear the streets of trading activities from 1st February, and I will not be deterred by the 'I voted for you comment.' I will personally supervise the exercise because the traders are obstinate. All the mobile phone traders at Circle should move from there because I will order the task force to clear all the structures and burn them to ashes because they are stubborn. The trotro divers will also be cleared. We pray for life to do this on 1st February,” he said.

The Minister expressed regret about what he described as the high level of indiscipline in the Greater Accra Region saying that it is time to address the issue.

“The time has come for us to ensure that there is discipline in our region and for that matter, our country,” he noted.

Various assemblies in the region have already stepped up efforts to ensure discipline in their respective jurisdictions.

About two weeks ago, over 60 persons at Newtown in Accra were issued with summons by the government for not keeping their surroundings clean.

“The operation is going on successfully. It is creating awareness, and sanitation officers in Accra are back with a big bang courtesy, the efforts of the Regional Minister. So far, more than sixty people have been summoned, and they will appear before us at the Assembly for cautioning or any other orders apart from prosecution. We are not going to spare anybody because the operation has come to stay, so they should comply.”