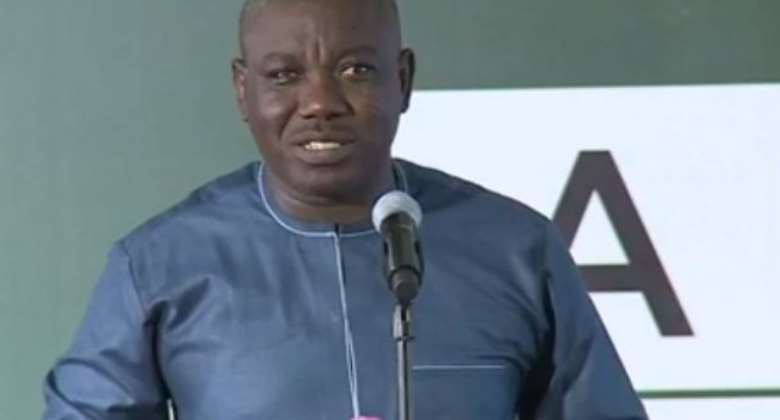 The National Democratic Congress’ (NDC) Member of Parliament for Bolgatanga Constituency in the Upper East Region has said he predicted Ken Ofori-Atta would be the worst financial minister the country has had.

According to Isaac Adongo, Ghanaians did not believe him when he predicted it was risky appointing Mr Ofori-Atta to lead Ghana’s financial sector.

He noted that under Mr. Ofori-Atta nine banks have collapsed together with several microfinance, savings, and loans companies.

“When I said this in 2017 during the Minister’s vetting, many Ghanaians deliberately refused to pay heed to my prophecies.

I forewarned Ghanaians that the Finance Minister is one of the dangerous personalities to the economy of Ghana,” Mr. Adongo said.

Touching on the e-levy, he questioned why the Finance Minister is bent on collecting a paltry GHS6. 9 billion when Ghana’s expenditure is way above board.

He noted that if GHS140 billion did not save Ghana from the abyss what will GHS6.9 billion accrued from E-levy do.

Speaking on Ghana Yensom on Accra100.5FM hosted by Kwame Obeng Sarkodie Mr. Adongo alleged that Mr. Ofori-Atta is eager for the passage of the e-Levy so the money accrued would be used as collateral for further loans.