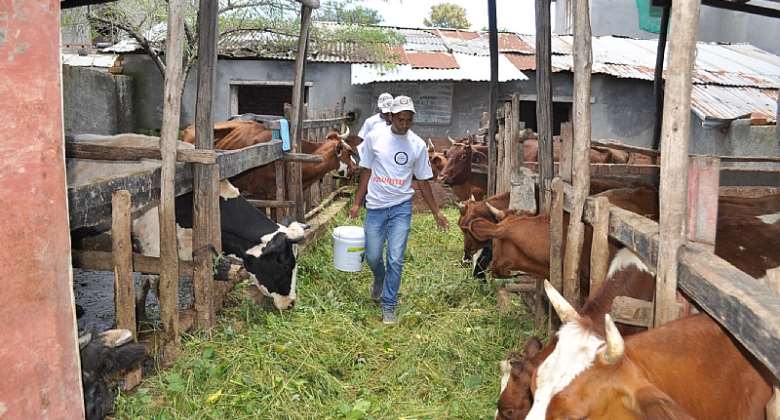 28 January 2022 - Today the European Union’s new laws come into force, banning farmed animals from being routinely fed a diet of antibiotics – a move that World Animal Protection considers to be the most progressive in the world.

Across Europe, there are more than 300 million caged farmed animals [1] and 7.2 billion meat chickens [2] produced each year. The majority of these animals suffer in factory farms where they are dosed with antibiotics in their feed or water to prevent them succumbing to disease as a result of cruel treatment. The new regulations mean that only sick, individual animals (and not whole herds) may be administered antibiotics. It is now illegal to use antibiotics to compensate for low welfare practices.

The overuse of antibiotics is resulting in a global public health crisis [3] , with as many as 3,500 human deaths worldwide from antimicrobial resistant infections (superbugs) on a daily basis [4] . Around three-quarters of the world’s antibiotics are used on farmed animals [5] especially on cruel factory farms. In contrast, animals living in high welfare farms are healthier and more resilient to disease, and are not reliant on antibiotics.

As Europe is the world’s biggest importer of food, these new regulations will also have implications on Africa’s large-scale farmers, as the bloc will also reject imports of live animals or animal products where antibiotics have been used to promote fast growth of animals.

It is imperative the European Union fully implements and enforces the new rules for animal production within Europe, and with trade partners.

“Behind closed doors, chickens are grown so fast they can’t even stand, and piglets are routinely mutilated. Billions of animals born into factory farms live a life of misery. This may provide people with cheap meat, but we are paying the price with our health.

“Today, the EU is paving a bold new path to address the global superbug crisis. Farms are going to have to lift their game. All countries around the world need to wake up to the fact that pumping animals full of antibiotics to mask poor welfare absolutely has to stop. We need to end factory farming and ensure remaining farmed animals live good lives in humane and sustainable systems.”

World Animal Protection is calling for the end of factory farming, by calling on governments to stop approving new factory farms. Farmed animals should instead be raised in cruelty-free, humane and sustainable systems where their needs are fully met. This will ensure they are more resilient to disease, and routine dosing with antibiotics will not be required.