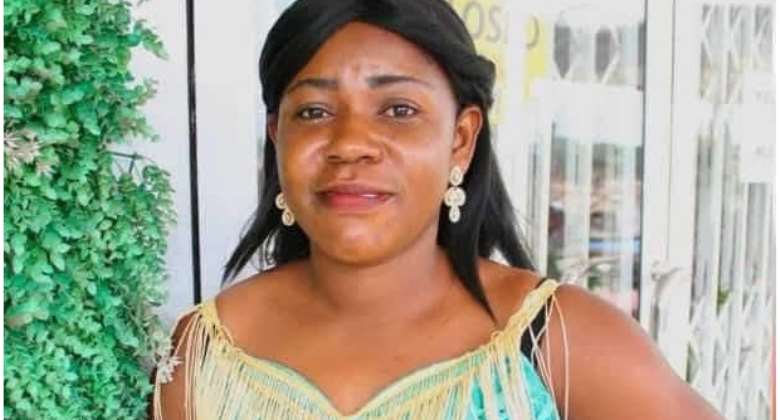 A second Medical Doctor who was to testify in trial of Josephine Panyin Mensah, the Takoradi woman who allegedly feigned pregnancy and claimed her baby was taken away by her kidnappers, failed to make it in court yesterday.

Dr. George Peprah of the Takoradi Hospital, who is supposed to be the sixth Prosecution Witness (PW6) at the Takoradi Circuit Court 'A' where accused is being tried.

According to the Prosecution, the medical doctor was formally written to, to appear before the court to testify in the case.

However, the doctor had an emergency and so he could not appear before the court and pleaded with the court presided over by His Honour Michael Ampadu to adjourn the case.

The explanation by the prosecution did not go down well with the counsel for the accused, Fiifi Buckman, who indicated that he had to travel to Tema but could not do so because of the case.

“In fact the Prosecution did not do well. They should have called to inform me because I was going to Tema for a case but I had to abandon it for this one,” he protested, adding “it is left with three more witnesses so if the Takoradi hospital doctor is not ready, any of the other two could have come to court.”

The judge, indicated that the doctor could have an emergency and added “I also agree with the counsel that any of the other two witnesses could have come.”

The judge again said “but counsel could have also said he did not prepare for any other person apart from the doctor if another person had come,” and subsequently adjourned the case to Thursday, February 3, 2022.

So far, five witnesses, including the Medical Superintendent of the Axim Government Hospital, the husband and the mother of the accused have testified.

Josephine Mensah, whose alleged self-kidnapping sparked public outrage after sending the police on a wild goose chase, was charged with publication of false news and deceit of public officer.

She pleaded not guilty to the charges when she first appeared before the court.

According to the prosecution, the accused resides at Old John Sabbah Road in Takoradi, and on September 16, 2021, at about 4.05pm, Michael Simons of Columbia, Takoradi, who is the husband of the accused, informed the police that his wife who was 10 months pregnant and lived with her mother, Agnes Essel left home for a health walk but could not return.

The prosecution said the mother of the accused also added that same day at about 3:30pm, an unknown caller called her on MTN number 0599601438 and she only heard the voice of accused crying that she had been kidnapped and taken to an unknown location.

In the course of investigations, the police discovered that the said number called from Agona Nkwanta in the Ahanta West District and was registered in the accused person's own name. Police trailed the number there but did not find the accused.

The prosecutor continued that on September 21, 2021, at about 11:15am, while a massive search was in progress, police had Intel which indicated that accused had been found at Axim, the Nzema East Municipality of the region.

The police in Axim was informed and the accused was conveyed from the premises of the Jehovah Witnesses Kingdom Hall to Axim Government Hospital for treatment.

The prosecution told the court that the accused later narrated that she was pregnant and kidnapped during a walk on September 16, 2021, at about 4:30am, by unknown people who covered her mouth with cloth, making her unconscious.

She added that she met about 12 other unknown women kidnapped by her captors and they were all killed except her, and that she gave birth to a baby girl and afterwards fell unconscious for the second time and had no idea how she got to Axim.

The accused later indicated that she bought a pregnancy prosthetics, popularly called silicon belly, which she was wearing to make her look pregnant.

According to Josephine Panyin Mensah, who has told the police she is 27 years, she bought the silicon belly at the Takoradi Market Circle at GH¢30.00 but threw it into the bush while on the Takoradi-Agona Nkwanta trunk road when she was faking her kidnapping.

The accused person also admitted that the MTN number 0599601438 through which the supposed kidnappers spoke to the mother, Agnes Essel aka Aunty Aggie, was her own old SIM card which she later discarded.

These revelations were contained in the accused person's caution statement.

The doctors who conducted examination on the accused at the Axim Government Hospital told police that they did not notice any postpartum sign.

The doctors stated that the accused had not given birth within six days that she went missing and resurfaced, and confirmed that no mark of violence was also noticed on the accused.

On September 21, 2021, the accused was discharged from the Axim Hospital after she was attended to by Clinical Psychologists.

The police then took the accused person to Effia-Nkwanta Regional Hospital in Sekondi where she was again examined by doctors who also concluded that accused did not give birth to any baby within the six days that she went missing and resurfaced.

The doctors added that no mark of violence was detected on the accused.

Records at the Takoradi Hospital, also called European Hospital, where the accused claimed she attended antenatal care, revealed that on September 11, 2020, she attended gynaecological clinic with complaints of lower abdominal pain and had pelvic ultrasound which showed that she had pelvic inflammatory disorder.