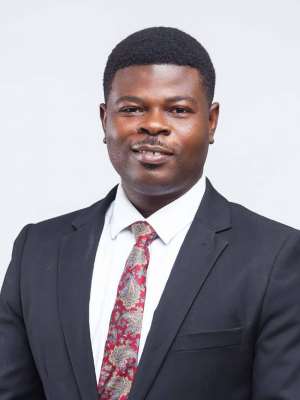 The biggest room in the world is the room for improvement says Helmut Schmidt. I received great feedbacks from persons who have experienced alcohol disorder since the publication of the first part of the series. It feels good to know there is an appreciable interest in the topic and others would want to contribute to it.

The initial plan was to delve into some consequences of alcoholism this week but per the reviews and contributions received, we will take few more reasons why individuals engage in excessive alcohol intake.

Let us remind ourselves of the key points we discussed last week as causes of alcohol disorder in our society.

2. Excessive alcohol intake for others may be as a way of dealing with regrets. We can see it all around us, whether it is the man who cannot forgive himself for not saving enough money in his prime days or the man who was sent to school abroad and could not come home with a certificate.

4. Some engage in excessive alcohol intake because of happy moments or to celebrate an occasion; funerals, weddings, festivals, parties etc. Some students for example tend to take in more alcohol after a successful examination and are unable to turn away from the act going forward.

5. Also, many resort to excessive drinking of alcohol because of the profession they practice. Either they drink to feel at ease and work or be energized to do more work.

6. Research has shown a close link between alcoholism and biological factors, particularly genetics and physiology. While some individuals can limit the amount of alcohol they consume, others feel a strong impulse to keep going.

7. We cannot leave out environmental factors; many researchers have examined whether a person’s proximity to alcohol retail stores or bars affects their chances of alcoholism. People who live closer to alcohol establishments are said to have a more positive outlook on drinking and are more likely to participate in the activity.

I indicated last week that the list is inexhaustible because people take in excessive alcohol on a regular basis for several reasons. It is important per the contributions I received through my email that we add these reasons to our list based on experienced shared by contributors.

8. Reports suggest that men mostly take in excessive alcohol as a way of enhancing sexual performance and having an increased libido. Alcohol might rather make it difficult to get and keep an erection. Drinking excessively on a regular basis result in irreversible harm and erectile dysfunction. There is a misconception out there that makes a lot of men believe alcohol intake is directly linked with good performance in bed. Excessive drinking might result in delayed ejaculation, which occurs when it takes more than 30 minutes to reach orgasm and ejaculate after sexual stimulation. According to the Mayo Clinic, some people may be unable to ejaculate at all. We will look more into the role of alcohol on sex for both men and women later. I will also not go deep into consequences of alcoholism on sex as we will look at that subsequently.

9. Some people tend to take in excessive alcohol in order to be relieved of pain. Some quote the Apostle Paul who said “Stop drinking only water and use a little wine instead, because of your stomach and your frequent ailments” as indicated in 1Timothy 5:23. Since ancient times, people have used alcohol to ease pain. Alcohol does certainly alleviate pain in humans and animals, according to laboratory studies. According to recent studies, up to 28% of patients suffering from chronic pain turn to alcohol to help them cope. Despite this, taking alcohol to relieve pain puts people at risk for a variety of health problems. Most of these persons are already on drugs that may react negatively with excessive alcohol and may cause more harm than good. We will consider the effects of alcohol on certain drugs and consequences of using alcohol to alleviate pain later.

10. People take in excessive alcohol all over the world as a way of dealing with disappointments from romantic relationships. This is what we call ‘broken heart’. The believe that taking excessive alcohol will make one forget about a partner who decides to end a romantic relationship with him or her is predominant among teenagers nevertheless, this is common with adults too. Broken heart syndrome is a condition that has symptoms like a heart attack, such as chest discomfort and shortness of breath, but it is caused by a severe emotional experience. It is a transient condition, and most people recover within two months. Taking of excessive alcohol rather leads to further deterioration of the health of the victim. Victims of broken heart who commit suicide are mostly under the influence of alcohol.

11. Others take excessive alcohol because they have friends and loved ones who engage in the act. This is what we call peer pressure. We tend to forget that adults have peers too. Peer is defined as a person who belongs to the same age group or social group as someone else. This is to mean that a 50-year-old man has peers who are also 50 years. This definition brings home the verse in the 1 Corinthians 15:33 which says, “Be not deceived: Evil companionships corrupt good morals”. Adults have peer pressures too which includes excessive alcohol intake. I was shocked to learn about 50% of contributors on this topic were victims of excessive alcohol intake as a result of peer pressure either in their youthful ages or even as adults. Feedbacks from earlier publication on Facebook messenger and my personal email confirms the need to be extra careful with peer groups as adults. Adults feel they have total control over what they do so cannot be shaped by who they move around with, talk to frequently and live with. This should be a personal wake up call to all.

These are the other reasons I thought we should bring our minds to as we go into the consequences of alcoholism going forward.

It was said that if you learn self-control, you can master anything. Alcoholism has more to do with self-control in my opinion. We must not let our emotions overpower our intelligence in all situations.