Without e-Levy there will be disaster, gov't will return to IMF – Finance Minister 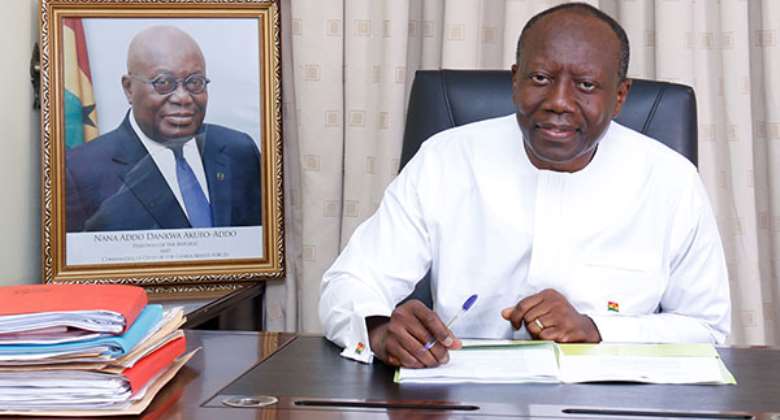 The Minister in charge of Finance, Mr. Ken Ofori-Atta has indicated that if the Electronic Transaction Levy (E-Levy) is not implemented, Ghana will potentially experience an economic disaster.

The Minister announced plans by the government to implement E-Levy late last year when he was in Parliament to present the 2022 budget and economic statement proposal of the ruling government.

Unfortunately, it was not well received by Ghanaians with the Minority in Parliament continually stressing that it will ensure its rejection.

Speaking at the government’s town-hall meeting to discuss the E-Levy on Thursday, January 27, in Koforidua, Mr. Ken Ofori-Atta shared that there will be doom for the country if the levy is not implemented.

“If we don’t do this E-Levy, we’re just pushing ourselves in a way that would potentially end up in such a disaster,” the Finance Minister noted.

According to him, one of the down sides if the levy is not passed is that the government will be forced to return to IMF.

“When we were in the IMF programme, we couldn’t pay for nurses and teachers. We couldn’t hire anymore because there were restrictions on that. I mean, it’s just really thinking you can go back to Egypt.

“In a way, we have forgotten how difficult and tenacious that master from Washington was. So, we can deal with them for them to give us advice but we need not ever get into an IMF programme [again],” Mr. Ofori-Atta said.

Despite the negative feedback for the E-Levy, the government remains positive and hopes to have it passed by Parliament as soon as possible.

It is understood that the debate on the levy will resume in Parliament next week.