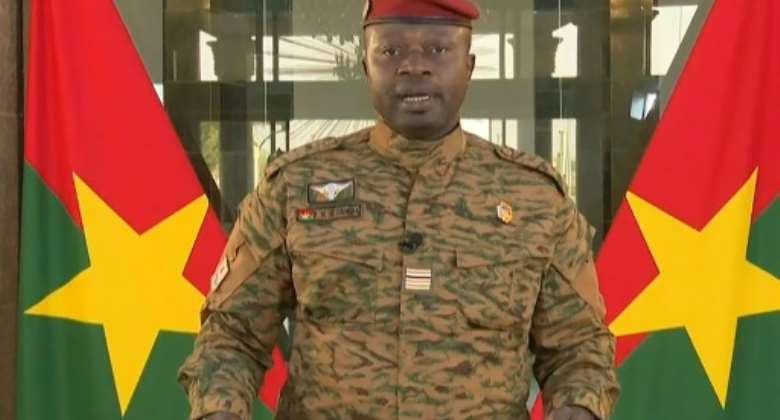 On the eve of the summit, the leader of the new military junta, Paul-Henri Sandaogo Damiba, called for international support. By - Radiodiffusion Tlvision du BurkinaAFP

West African heads of state were set to gather on Friday to decide a response to this week's coup in Burkina Faso, as the military junta there called for international support.

Burkina President Roch Marc Christian Kabore was overthrown on Monday by mutineering soldiers on the back of public anger at his failure to stem jihadist violence ravaging the impoverished nation.

Heads of the regional bloc Economic Community of West African States (ECOWAS) are to hold a virtual summit on Friday starting at 1000 GMT over how to respond to the coup.

The 15-member bloc has already "firmly condemned" the overthrow and in the past year and a half, it has suspended two other nations where coups have occurred.

On the eve of the summit, the leader of the new military junta called for international support.

"Burkina Faso more than ever needs its international partners," Paul-Henri Sandaogo Damiba said in televised comments, his first since the coup.

"I call on the international community to support our country so it can exit this crisis as soon as possible."

Damiba, 41, is a rising star in the military who commands an eastern region that has been badly hit by jihadists.

On Wednesday, he met ministers of Kabore's government, which like the parliament has been dissolved.

The junta has also suspended the constitution, vowing to re-establish "constitutional order" within a "reasonable time".

The coup is the latest bout of turmoil to strike Burkina Faso, a landlocked and poor state that has suffered chronic instability since gaining independence from France in 1960.

On Tuesday, ECOWAS issued a statement to say the bloc "firmly condemns" the coup, accusing the military of forcing Kabore to resign "under threat, intimidation and pressure".

Those two countries have been suspended by the 15-nation bloc, which has also imposed an array of sanctions on them, including measures against individuals.

Kabore, 64, was elected in 2015 following a popular revolt that forced out strongman Blaise Compaore.

His well-being and whereabouts have been a key issue since the coup, with the United Nations leading calls for his release.

On Wednesday, a source in his political party, the People's Movement for Progress (MPP) told AFP that the army was holding Kabore in a villa under house arrest.

"He has a doctor available (and) access to his mobile phone, but under surveillance, obviously."