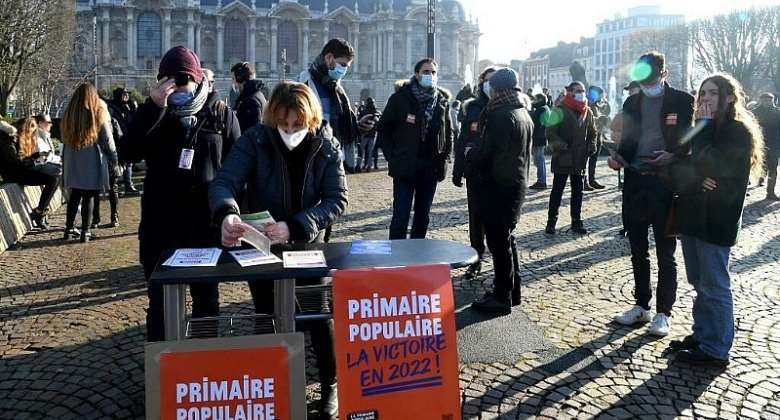 France's multiple left-wing presidential candidates are to be judged in a "people's primary" – a contest that has been rejected by almost all of the candidates themselves – ahead of elections in April.

A total of 467,000 people have signed up to take part in the online vote, which will see five professional politicians and two civil society candidates ranked on a scale from "very good" to "inadequate".

The winner is set to be announced on Sunday, but the whole exercise looks doomed to fail given that hard-left leader Jean-Luc Melenchon, Greens candidate Yannick Jadot and Socialist contender Anne Hidalgo plan to ignore the result.

"There are better things to do 70 days from the first round of voting than an obscure primary," Melenchon told supporters during a political meeting in Bordeaux this week.

The vote will give a snapshot of opinion on the left, however, and may boost the chances of former Socialist justice minister Christine Taubira, who is seen as the most likely candidate to be endorsed.

Melenchon, who heads the France Unbowed party, is polling the strongest in the flagging left-wing field at around 10 percent ahead of the first round of voting on 10 April.

Hidalgo, Mayor of Paris, is on around 3 percent and Jadot on 5, meaning all three would be eliminated and fail to make the second-round run-off vote.

Divided and behind in the polls, the left has five main candidates for April's vote, including the Communist Fabien Roussel.

The large number of registered voters for the online consultation, which will run until Sunday, will make the vote "difficult to sweep aside", says political scientist Mathieu Gallard.

Organisers of the primary say the process aims to designate "the candidate most capable of bringing people together".

"This is the biggest tie-breaking process for candidates in France, it cannot be ignored," Mathilde Imer told French news agency AFP.

Samuel Grzybowski, another organiser, said most left-wing voters wanted to see a proper contest in these elections.

"It's the first time that a citizen's movement of this magnitude has burst into the electoral game," he said.