We cannot continue to depend on loans for development; let’s embrace E-Levy – Ursula Owusu 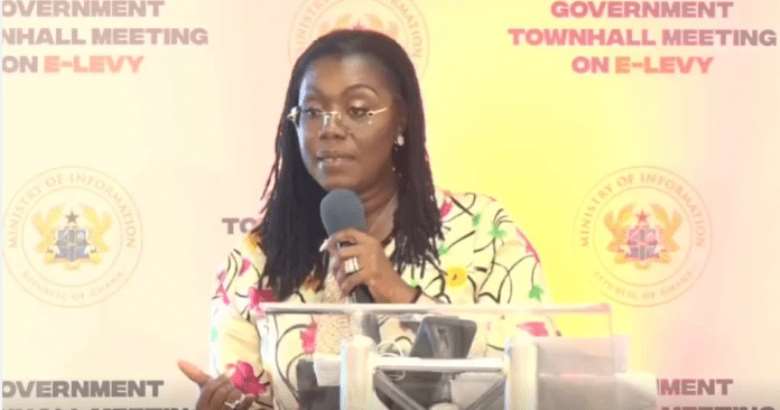 The Minister in charge of Communications and Digitalisation, Ursula Owusu-Ekuful has stressed that it is about time government stopped depending on loans for development.

In line with this, the Minister who many say has excelled in the Akufo-Addo government wants the citizenry to embrace the controversial Electronic Transaction Levy (E-Levy).

Through this, she is confident the government would be able to increase domestic revenue mobilization to fund developmental projects to move the country forward towards reaching a “Ghana Beyond Aid”.

“So long as we depend on loans they will dictate the pace of our developments. We need to find the way [E-Levy] to increase domestic revenue mobilisation,” the ever eloquent Ursula Owusu-Ekuful said at the Government Townhall meeting on the E-levy proposal in Koforidua on Thursday January 27, 2022.

The Minister who is also Ablekuma West Member of Parliament continued, “We are talking about a Ghana beyond aid, we need to be able to finance our own development and stop the dependence on either loans or grants or aid from other countries if we are to be truly independent.”

Government announced plans to introduce the Electronic Transaction Levy last year when the Finance Minister, Mr. Ken Ofori-Atta went to Parliament to present the 2022 budget statement and economic policy proposal of the government.

Although the Majority in Parliament are all for it, the opposition from the Minority has meant that the government has been unable to have the levy approved by the house.

The levy according to sources will be on the agenda of Parliament next week with the government hopeful of having it passed for immediate implementation.