E-Levy crucial for gov’t to provide more jobs, opportunities for the youth – Akufo-Addo 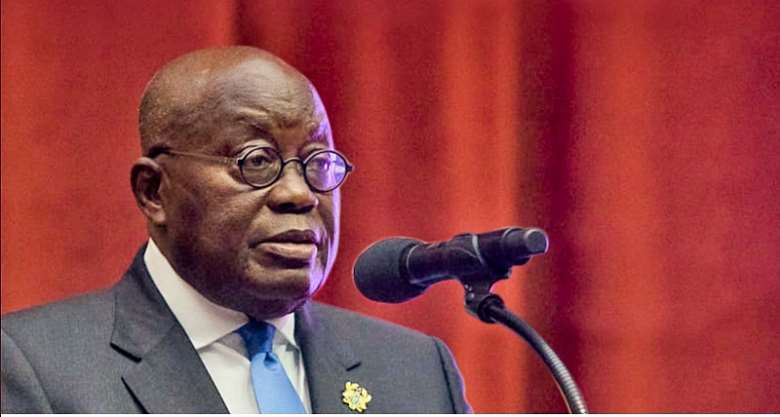 The President of the Republic, H.E Nana Addo Dankwa Akufo-Addo has indicated that the provision of more jobs and opportunities for the youth of Ghana hinges on the implementation of the controversial Electronical Transaction Levy (E-Levy).

In a post on his Twitter page on Wednesday, January 27, 2022, the President emphasised that with the implementation of the levy, his government will be able to generate revenue to build more roads and also reduce the country’s dependence on debt.

“The e-levy will provide Government with revenue to build more roads, provide more jobs and opportunities for the youth and reduce our dependence on debt,” the Tweet from President Akufo-Addo said.

Late last year in Parliament, government through the Minister of Finance, Mr. Ken Ofori-Atta announced plans to roll-out an electronic transaction levy when he presented to parliament the 2022 budget statement and economic policy proposal.

When approved by parliament, there will be a 1.75% charge on all financial transactions carried out on electronic platforms that exceed GHS100 per day.

Although the Minority has constantly described it as a ‘killer tax’ and continues to oppose its passing, the Majority in Parliament has this week stressed that it will be passed by all means.

The E-Levy has not been discussed in parliament this week since the House resumed sitting on Tuesday.

Sources report that it will be big on the agenda of the House next week.

Mozambican President to address Ghana's Parliament May 25
47 minutes ago