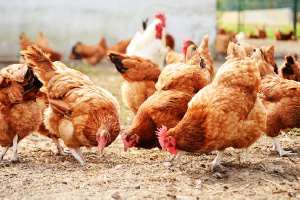 The Veterinary Service Directorate of the Ministry of Food and Agriculture in the Upper East Region has announced an outbreak of Avian influenza (AI) in the region.

AI is a disease of viral etiology that ranges from a mild or even asymptomatic infection to an acute, fatal disease of chicken, turkey, guinea fowl, and other avian species, especially migratory waterfowl.

The outbreak which was first reported on 7th July 2021 at a farm in Nungua in the Greater Accra region has since been recorded in 11 regions of the country.

A team of veterinary staff were immediately dispatched to the farm to investigate the cause of deaths.

While on the farm another 30 birds died.