Mahama hawks cause of chaos in Parliament – Annoh- Dompreh 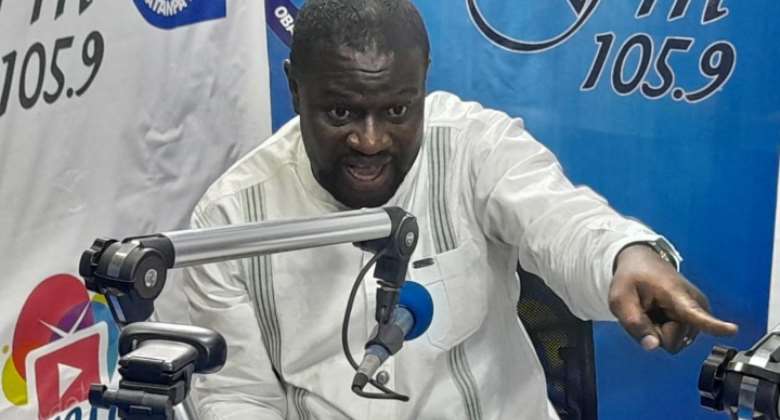 The Majority Chief Whip, and Member of Parliament for Nsawam/Adoagyiri, Frank Annoh-Dompreh is blaming a group he calls "the Hawks” among the minority Caucus for the stalemate and brawl in Parliament.

According to him, the Hawks are some Minority MPs strongly linked to John Dramani Mahama, the former president whose agenda is to frustrate government business hence even when leaders of both sides of the house reach agreement, the hawks still kick against their leadership decision.

Speaking on Nsawam based FAWE FM, he explained that “There are some people among the Minority Caucus known as hawks. They are on the middle bench. They are very close to their flagbearer to be. They act as liaisons. These hawks kick against decisions of their leadership”.

Mr Annoh-Dompreh who is worried about the current happenings in Parliament noted that “but where we are heading towards, we the MPs are setting the stage for something like this [Military intervention ] to happen. It is very sad”.

“Where we are now in fact, look, if we members of Parliament do not advise ourselves, should something happen, all of us will be affected. And if you look at our history, anytime there has been this military intervention, Parliament stands dissolved first. So that has affected Parliament,” Mr Annoh-Dompreh stated.

Frank Annoh-Dompreh further called on former President John Mahama to stop controlling the Minority Caucus in Parliament, like robots rather allow them to work in their willingness to move the country forward.

The Nsawam MP, noted that the e-levy will be passed for the interest of the country.

The Majority Chief Whip noted that the Electronic Transaction Levy rate of 1.75% will be reviewed when the house resumes for the second session.

Mr. Annoh Dompreh indicated that stakeholders have been extensively engaged and the E-levy would be tabled in a form acceptable to all.

The e-levy bill which government seeks to use to rake estimated GHC6billioni yearly revenue for debt servicing amortization, job creation, and infrastructural development, is expected to be related before Parliament which reconvenes today.

The 8th Parliament of Ghana is a hung Parliament hence it has been characterized by confusion and chaos during major decisions.

For instance, the election of the speaker of Parliament on January 7, 2022, was characterized by a brawl that forced the military and Police to intrude on the floor of Parliament in an attempt to restore law and order.

Another chaos broke out in Parliament on the night of December 21, 2021, during consideration of the controversial Electronic Transaction Levy (E-Levy) bill as Members of Parliament (MPs) engaged in a free for all fight.

The house failed to approve the bill before the last sitting.