The Herbalization Of Korle Bu 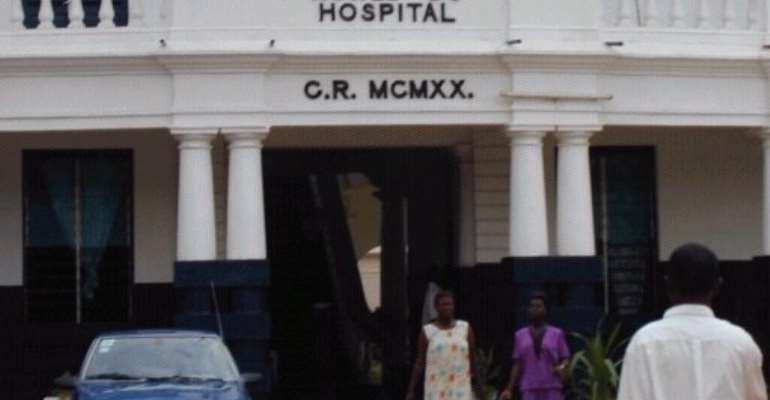 The Korle-Bu Teaching Hospital, Ghana’s number one health center, says it is to construct a new block to serve as a center for Traditional and Herbal Medicine, the Accra-based Ghanaian Times says. This is after 45 years of independence from colonial rule, a rule that suppressed African values and imposed European ones. The suppression of Ghana (and African values such as traditional medicine) projected our local values as “primitive.” Such propagandistic talks sank into our gullible elites, who echoed the colonialists’ smear campaigns. So in the long run not only has our well tried and tested values demeaned in our own environment but also have not influenced policy planning in our local developmental context. The result is two diametrically opposed values wheeling in mid air for not only balance but also mixture in the Ghanaian (and African) scheme of development. The confusion in terms of development is there for all to see, calling for massive intellectual/research breadth and leadership to unearth African values to be placed in the forefront of our development drive.

By being financed with proceeds from the Korle-Bu Hospital Endowment Fund the elites have now realized that Ghana (and Africa) before the coming of the colonialists have had their own health system, though it might lack the technological gadgetry of the Western world (The Western world itself started in the same herbal way. In fact as inadequacies in some Western medicine spreads, African (and other Third World) medicine is increasingly coming into the forefront). Most Ghanaians and their Africans brethrens rely on their indigenous medicine for varied ailments since the increasing cost of orthodox medicine alienate most. It is therefore time for Ghana and other African states to aggressively enter the lucrative international alternative medicine arena just as the Chinese have done to help enhance indigenous medicine. The proof of how we have come of age in terms of using our values for development is seen in Prof. Kwabena Frimpong-Boateng, Korle-Bu’s boss, saying that he has received a donation of about US$25,000 from the management and staff of Ghana Cocoa Board towards the Korle-Bu Endowment Fund.

By contributing towards a fund that is partly to be used in refining and paring Ghanaian native medicine along Western orthodox ones, more so at the same spot, the value of indigenous medicine has gained not only national value but international respectability just as the Chinese, the Japanese and other Oriental medicine is doing globally. Chinese acupuncture medicine is not only officially part of most provinces in Canada but the global community. The reason for the global acceptance of Chinese medicine is not had to understand, it is the way over the years they have been to treat it, respect it, and market it. Despite SARS making the rounds in some parts of China, its medicine is on the plain of international respectability.

By placing Traditional and Herbal Medicine center at an old, arrogant and tied Western founded hospital in the same place, Ghanaian medical elites are not only going the Chinese and other Oriental way, but telling wrong-headed Ghanaians who have been misinformed by colonial propaganda machine for long, long time and their mindlessly unrealistic elites that Ghanaian (and African) indigenous medicine are as good as any one anywhere, short of the need for some refinement. In fact respected international medical journals such as Lancet and Florence G. Strauss Complementary and Indigenous Medicine Collection are increasingly touting the potential values of African indigenous medicine in healing traditions, practices, and attitudes toward health and disease.

These are Western-based journals, how are African-oriented journals touting African medicinal values internationally for all to see and bring in economic benefit. For either Ghanaian or African indigenous medicine to have international acceptability like Chinese traditional medicine, African health officials should tout it globally—at conferences, seminars, workshops, write ups, talks, trade shows, and references in medical practices, comparing its potential with Chinese and other indigenous medicine and Western orthodox ones. Said Dr. Frimpong-Boateng, in a new thinking that reveals respect for not only Ghanaian indigenous medicine but also that of Africa as a whole, “it is wrong for orthodox medical practitioners to dismiss traditional medicine in view of its enormous healing potentials.” It is not only wrong but also mindless to dismiss one’s own native medicine which has been practiced for millions of years. If African indigenous medicine is all that bad, how come Africans are still living?

The challenge, as African health officials have been saying, is how to ensure that African herbal medicines of all kinds are prepared scientifically before being dispensed to patients, some of who are so poor and desperate that any thought of refinement before using them. That will need concerted education not only among indigenous pharmacists, doctors and other allied institutions but public education. The reason for the need for public education for the respectability of indigenous medicine, especially in regard to our Western educated population, is that by demeaning the value of our own indigenous medicine because of colonial propaganda and our elites continuation of such images, we have proved to be gullible to the detriment of our own medicine values unlike the Chinese.

By bringing traditional medicine along side its Western orthodox institutions, Korle-Bu’s scientific side will rub with traditional medicine and in the process clear out most of superstitions surrounding some aspects of native medicine. Views expressed by the author(s) do not necessarily reflect those of GhanaHomePage.