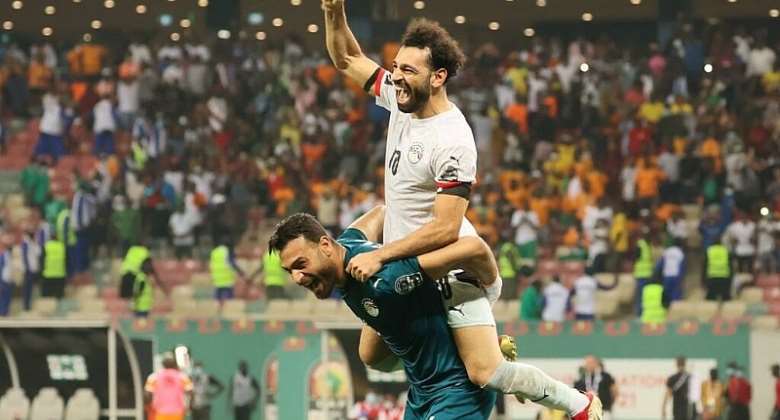 Egypt advanced to the last eight of the Cup of Nations on Wednesday after beating Cote D'Ivoire in a penalty shoot-out.

The Egyptians entered the tie at the Stade Japoma in Douala as underdogs following lacklustre victories over Guinea Bissau and Sudan in the group stages.

But after a cagey opening, Egypt took control of possession. Skipper Mohamed Salah pulled the strings from midfield drawing defenders to set up teammates in better positions.

However, his munificence failed to bring rewards.
After the pause, Egypt maintained their ascendance but the Ivorians started to offer a threat and finished the game more powerfully.

Five minutes from time, substitute Wilfred Zaha let fly from the left but the Egypt goalkeeper Mohamed El Shenawi beat away the effort.

Substitution
That was his last contribution to the game. The 33-year-old left the field having injured his right leg during his heroics.

Gabasky replaced him with two minutes remaining and saw out the dying embers of regulation time.

Towards the end of the first-half of extra time, Gabasky earned his corn. He flew to his left to push away Ibrahim Sangare's curler from 25 metres to keep the score at 0-0.

His adroitness on his right proved the difference during the penalty shoot-out as he managed to nudge Eric Bailly's shot onto the crossbar and away to safety.

A couple of minutes later, Salah drove the ball assuredly to the right of the Ivorian goalkeeper Badra Ali Sangare to launch the Egyptian celebrations.